Where are the birding gaps? Part II 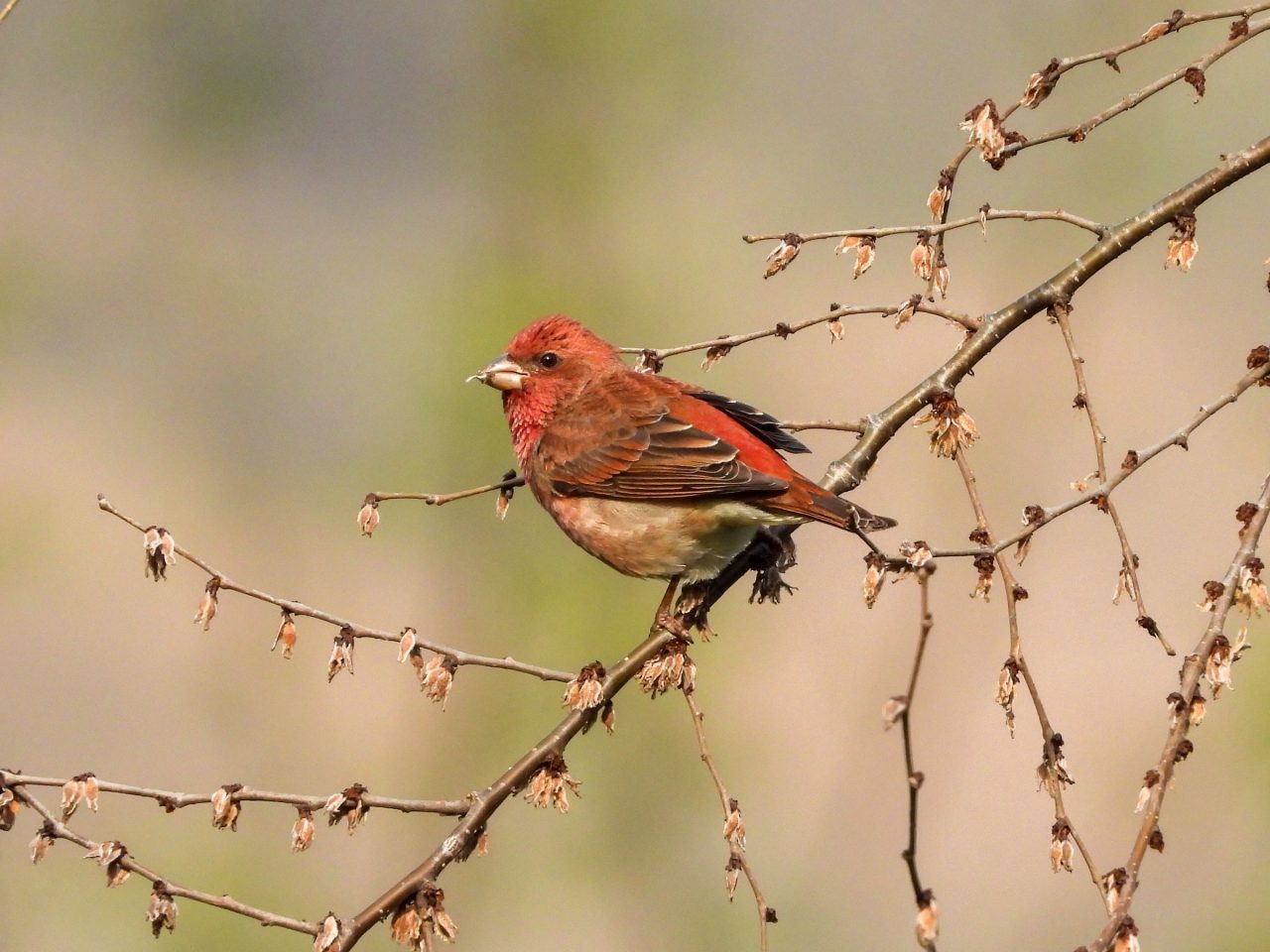 Over the last year, eBird’s popularity amongst birders in India has grown rapidly. An increasing number of birders are using eBird as a platform to keep track of their bird sightings and locations and for planning their upcoming bird trips. A new feature, Target Species, is really helpful for people who want to be prepared in finding out potential new species they could see on their next trip.

Of course, all these features of eBird are only as good as the data that goes into it. So far, the eBird database contains about 1.5 million records from India. What is really amazing is that one million of those have been added over the last 10 months! As of June 2015, eBird contains over 81,000 hours of documented birding effort in India. It is a fairly rapid growth from about 35,000 hours of effort in September 2014. This increase is a combination of new lists from the last 10 months and older lists that people have uploaded on eBird between the period from September 2014 to June 2015. 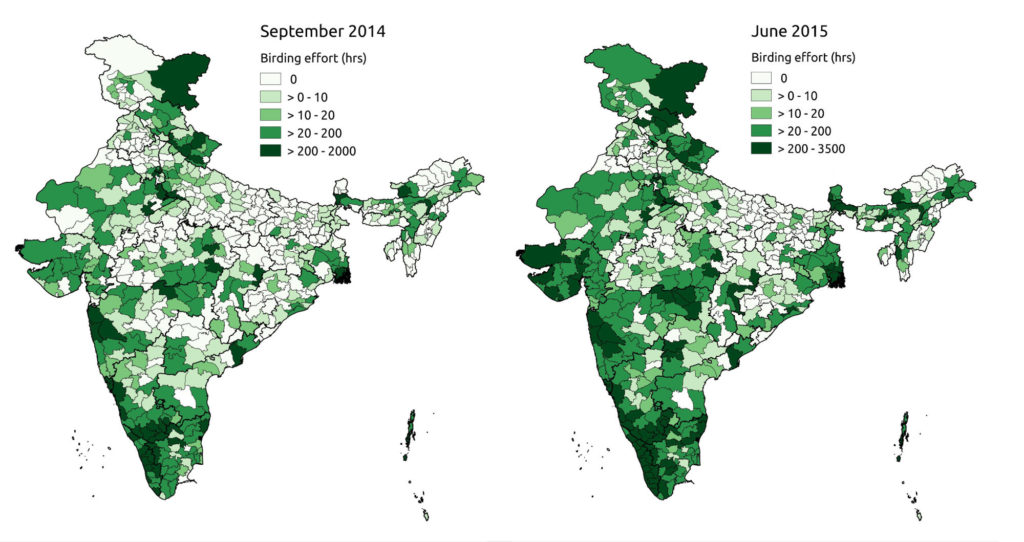 The comparative map above (click to see at full size) gives a fair indication of areas where birding effort has increased and areas that continue to be under-represented in the eBird database. Kerala, Tamil Nadu, Karnataka and Maharashtra continue to be the four largest contributors with around 55% of total effort (in terms of birding hours) concentrated within them. Gujarat has made up significant ground, both in the total number of hours of birding as well as the coverage of the entire state. Parts of central Maharashtra (Marathwada), Telangana and Andra Pradesh had major gaps in September 2014 and many of these have been closed but more effort is still required. The biggest gaps in regions of UP, 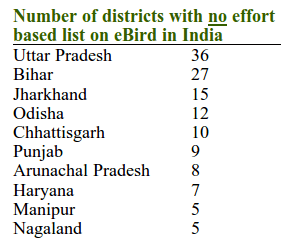 Bihar, Jharkhand, parts of MP, northern Rajasthan and Punjab remain. In the list of gaps, UP leads with 36 district with not a single effort-based list followed by Bihar with 15 districts. The table to the right lists the top 10 states with major birding gaps. If you have old lists lying in your notebooks from these area then this is the another reason to bring it out. All those birders who are also avid travellers, these are the opportunities for pioneering birding! 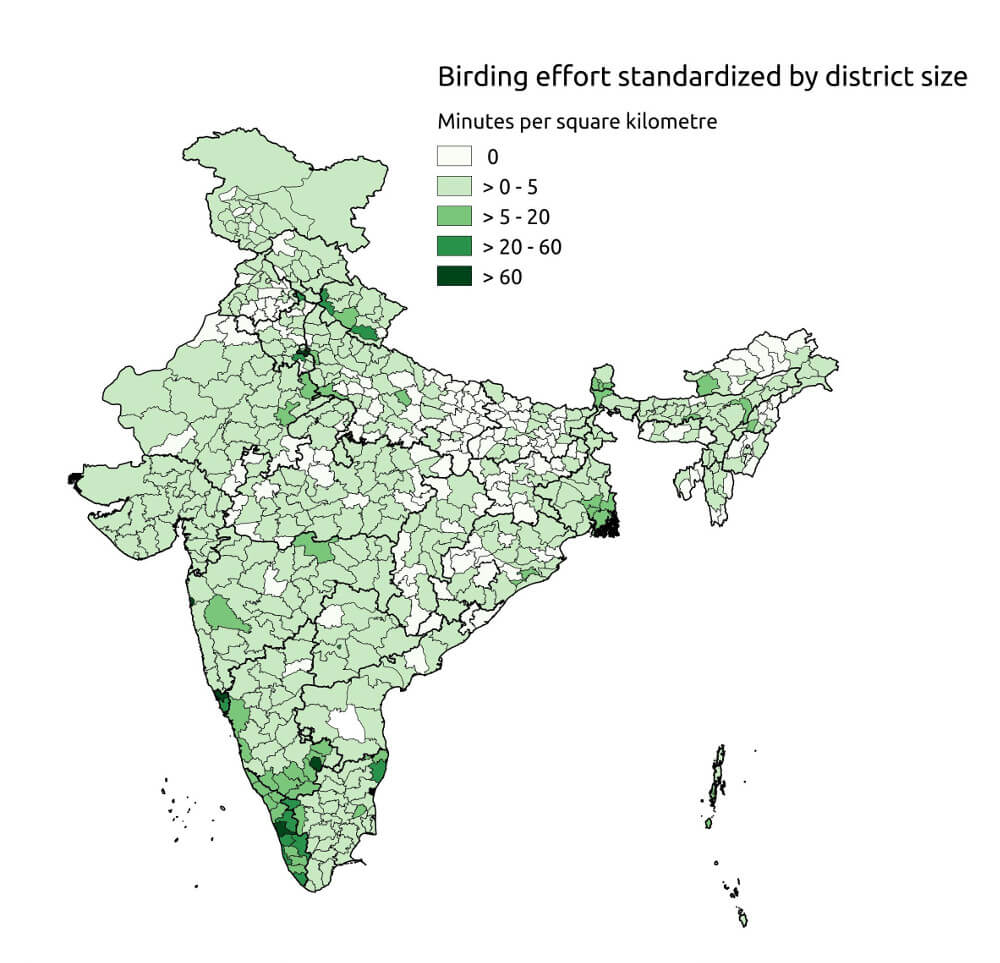 What is surprising is that despite the 1.5 million records, over 88% districts, adding up over 93% of India’s land area have less than 5 minutes of birding effort per square kilometre of their area. 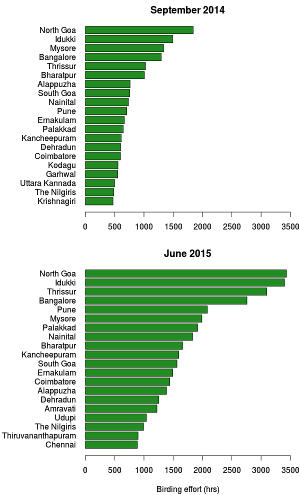 Finally, a quick look at the leader board in terms of total birding hours per district (chart to the right, click to view full size). Thrissur, Pune, Palakkad, Amravati, Udupi, Thiruvananthpuram and Chennai have all moved up in the order. Mysore, Bharatpur, Alappuzha have moved lower. But, mind you that Mysore is currently doing its second year of the city atlas and much of this information is yet to arrive. Alappuzha and Thrissur are also doing their first year of district atlas so can expect to see rapid information coming in from there. North Goa and Iddukki continue to lead. Does this mean that visiting birders continue to contribute more to eBird in India than the local Birders?

If you are curious about the status of birding information from your district on eBird then follow this link (‘Explore a Region’) and type-in your district name. Here you will get an updated summary of the birding being reported from your district. You can look at India-level summaries, State summaries or District (called ‘County’ in eBird) summaries (eg Districts of Gujarat) . If you are uploading an effort based list from a district with currently zero birding effort, please drop us a comment here or at the Bird Count India facebook group.

Note: if you would like to explore the raw numbers underlying the summaries described above (perhaps you’d like to see all the districts with zero effort), then you can download an excel file of the data here (corrected version 2015-06-19).