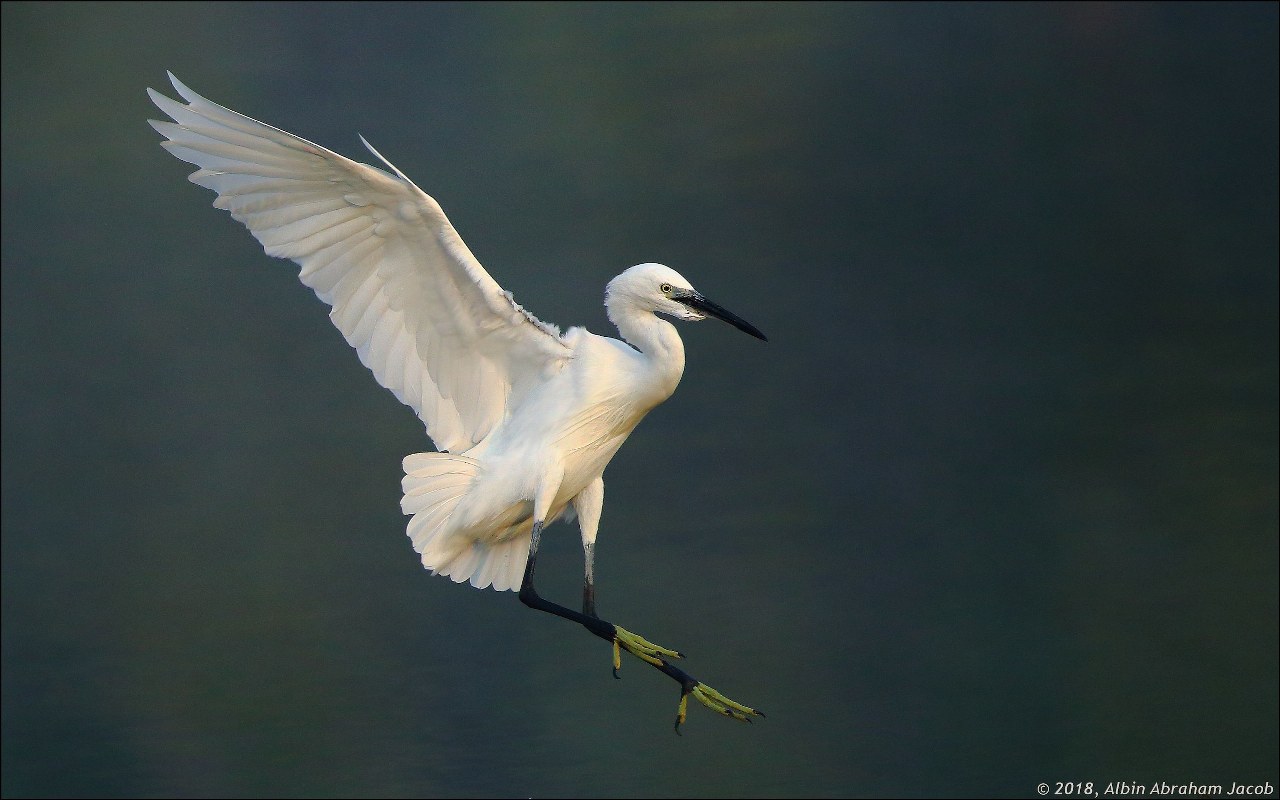 Egrets are beautiful and elegant birds to watch. You’ll often see them standing still over water and, in a flash, using their long, pointed bills to stab a fish or pick out an insect. No matter where you are in India, it is common to see one or many white birds looking for prey in wet fields and water bodies, or flying overhead to roost late in the evening. 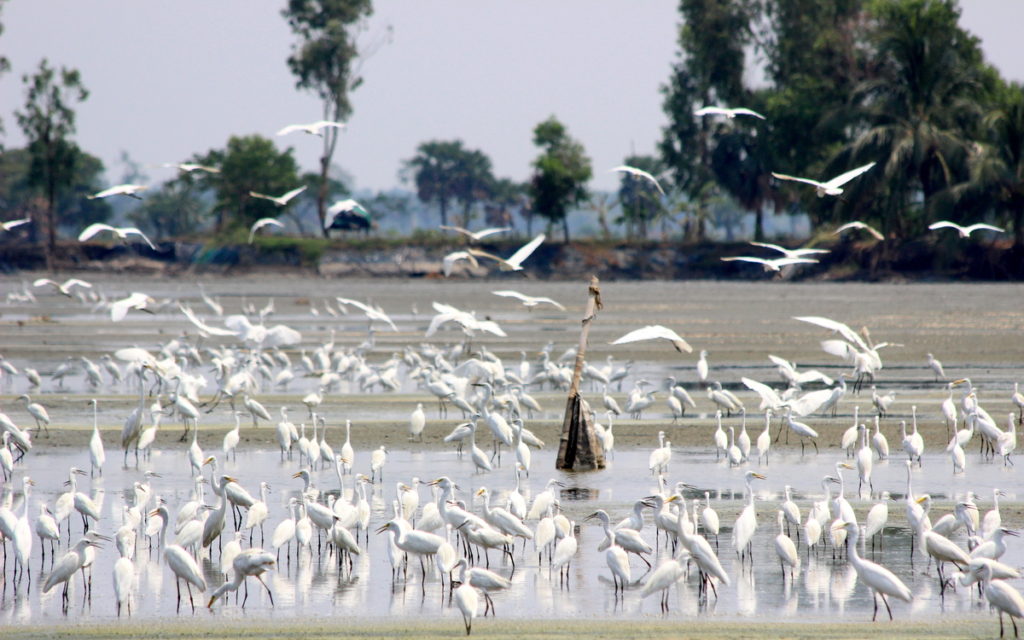 A large flock of egrets © Sourav Maiti (view in checklist)

In spite of being quite common, they are one of the more confusing groups of birds for beginners and experienced birders alike. Although it is easy to identify a bird as an egret, the confusion arises when trying to identify the species itself. The names of egrets (eg Little, Intermediate and Great) tell us much about their size, but they can still be misidentified, especially if they are seen by themselves without a size reference. Luckily it’s not just size alone that matters, and the different egrets have other features that can be used to identify them.

One such feature is their ‘plumes’, which they acquire in the breeding season. These are a a set of long, thin feathers on their back/dorsum, head or breast. Because different species grow plumes on different parts of the body, they can help in identification as well. 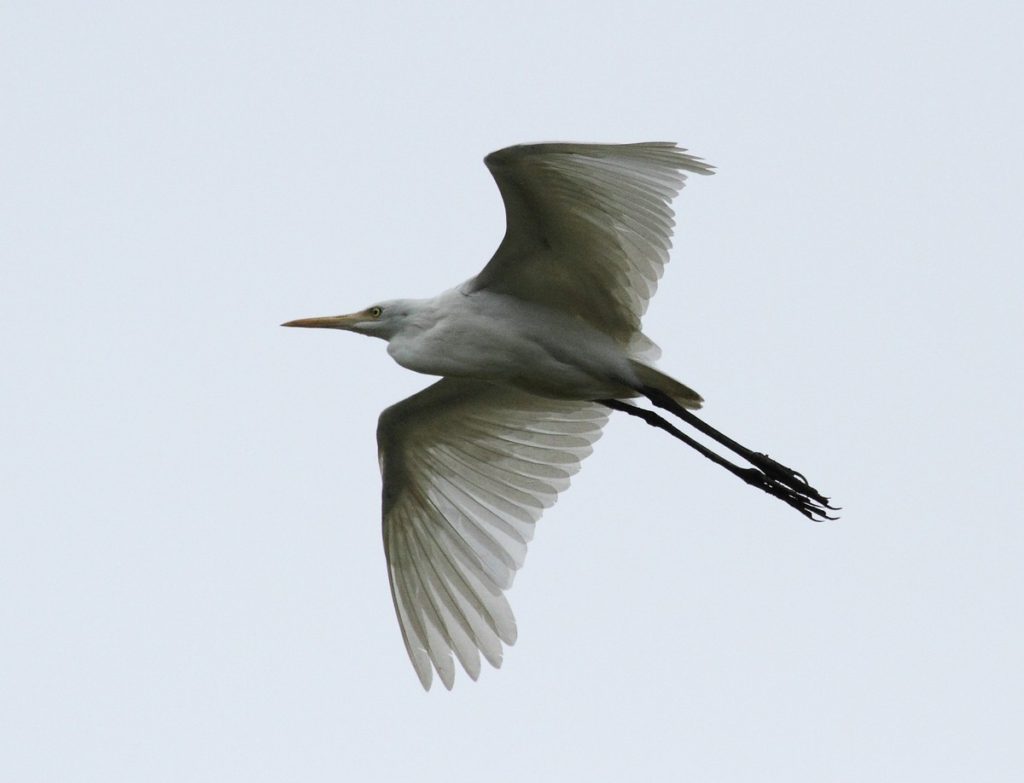 The Cattle Egret is a ubiquitous and adaptable bird. This is a small and stocky egret, and gets its name from its habit of following cattle and other large animals (also tractors and JCBs!) to pick off any insects they might flush. Equally at home in light woodland, wetlands, farms and garbage dumps, it does not have any particular association with water. The Cattle Egret is worth familiarising oneself with as it is the egret species you are most likely to encounter no matter where you are birding. 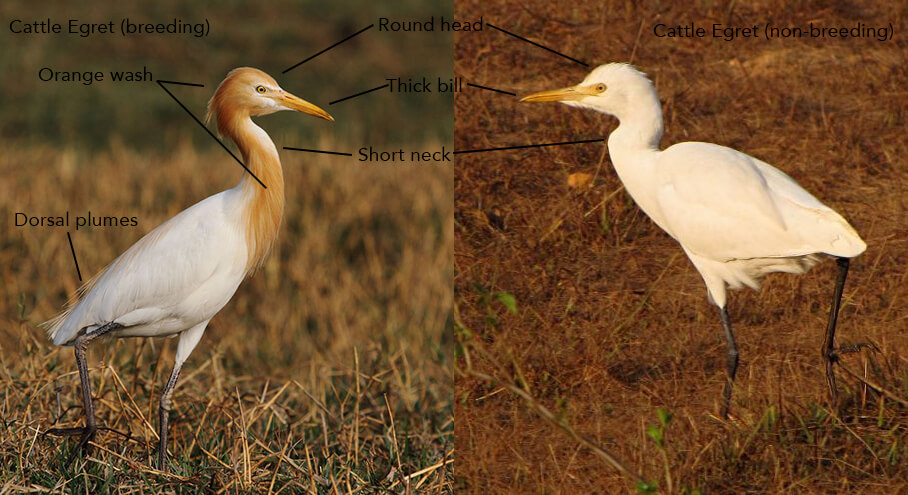 Additional information: The subspecies that occurs in our region is Eastern Cattle Egret Bubulcus ibis coromandus. The Western Cattle Egret B. i. ibis is smaller with shorter neck and legs as well as a different breeding plumage. 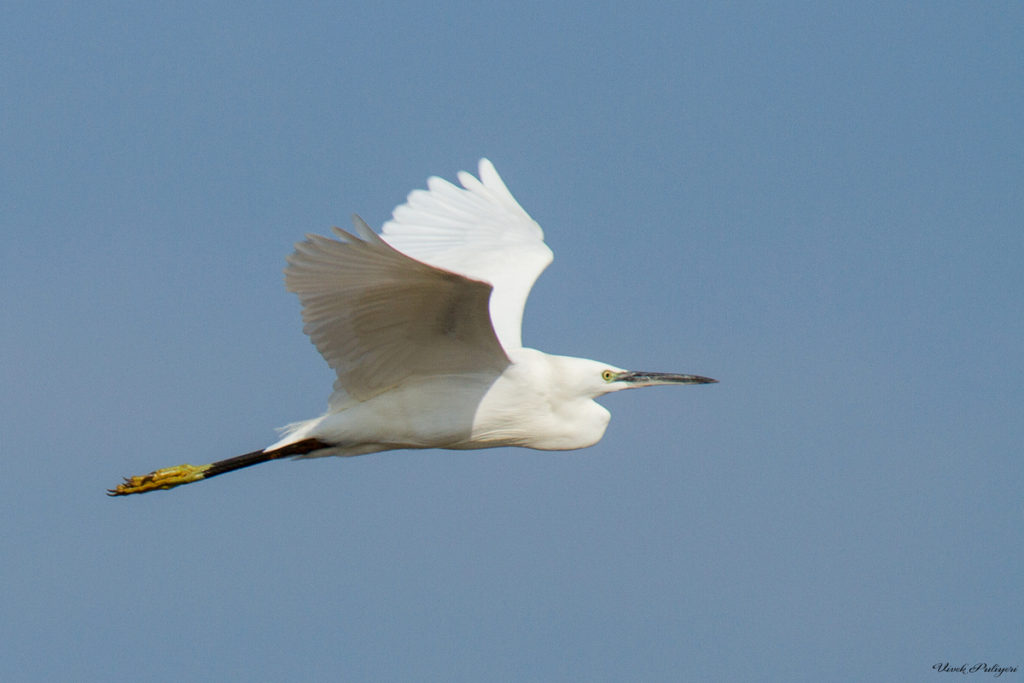 The Little Egret is a delicate looking egret which frequents freshwater bodies of all types, including fast-flowing streams, slow-moving rivers, well-vegetated marshes, etc. It is small in size and neat in proportions – making it look quite graceful. Its obvious yellow feet set it apart from the other regularly occurring white egrets (except Western Reef-egret, the white morph of which usually has more extensive yellow on legs, and yellow on bill). 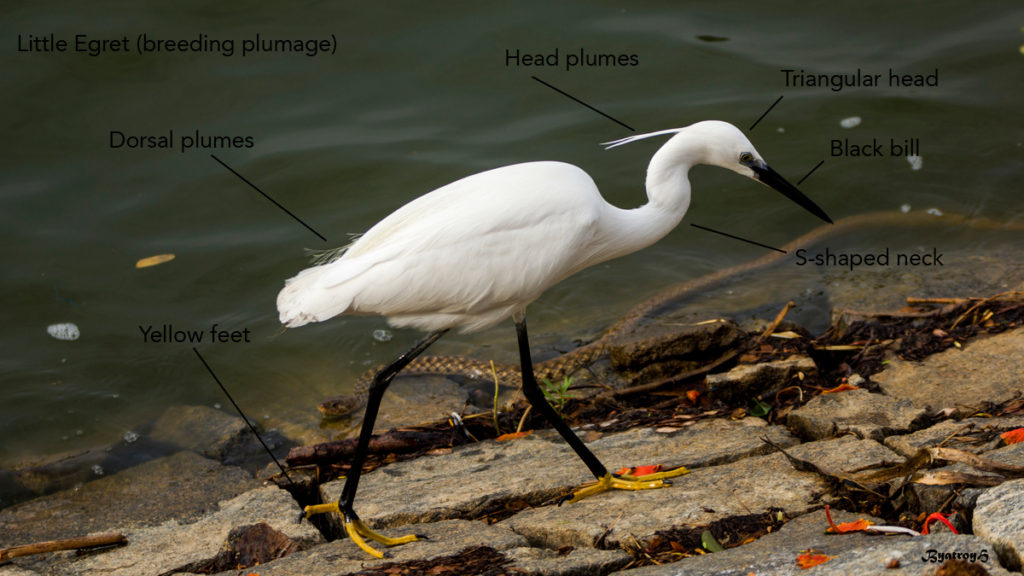 Additional information: Unlike several of our other egrets, the Little Egret is quite vocal and usually has a harsh call which it gives out in flight, alarm or for contact. You can listen to it here or here. 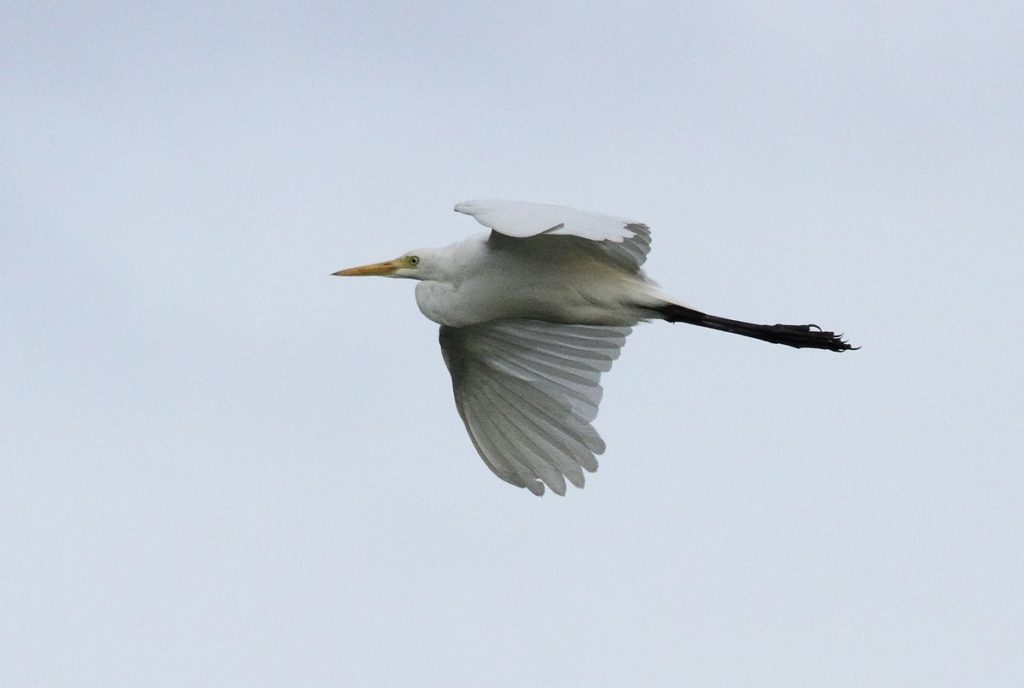 The most variable looking of our egrets, the Intermediate Egret can appear quite small or quite large when seen in isolation. Though some of the larger individuals may appear as large as Great Egrets, structurally (especially when the neck is retracted), birds may even resemble Cattle Egrets! The Intermediate Egret is a fairly stocky egret, due to its thick neck and large body, which also makes the legs look quite short. 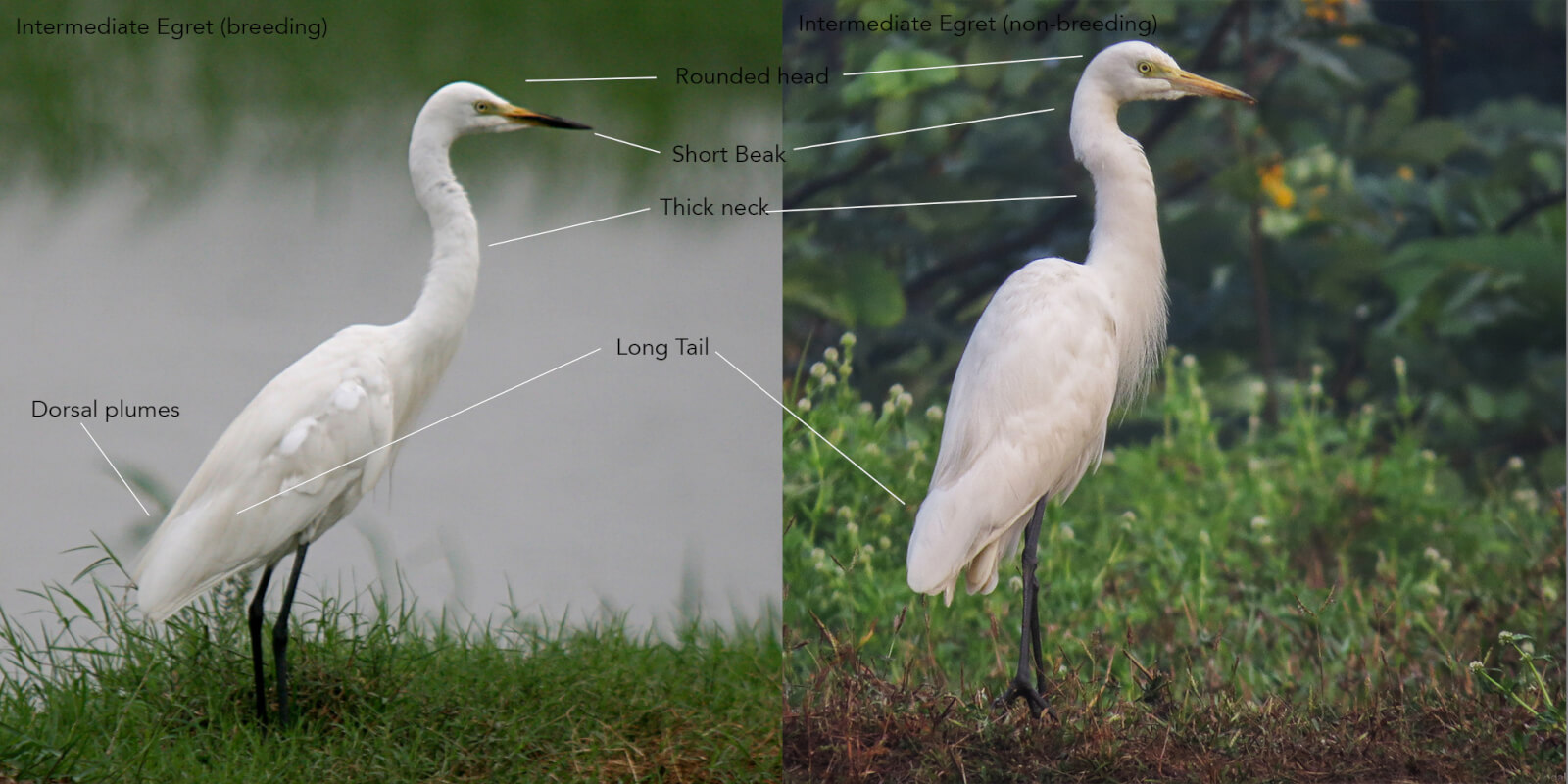 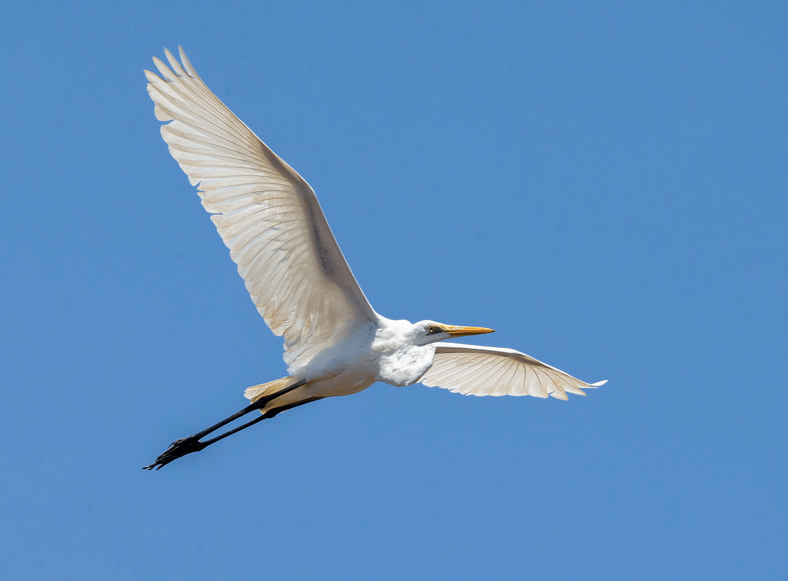 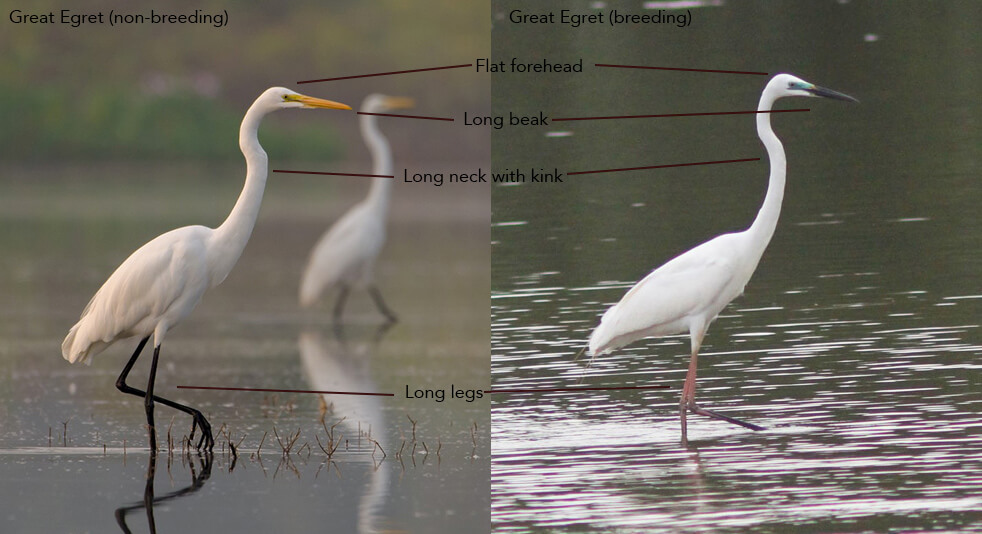 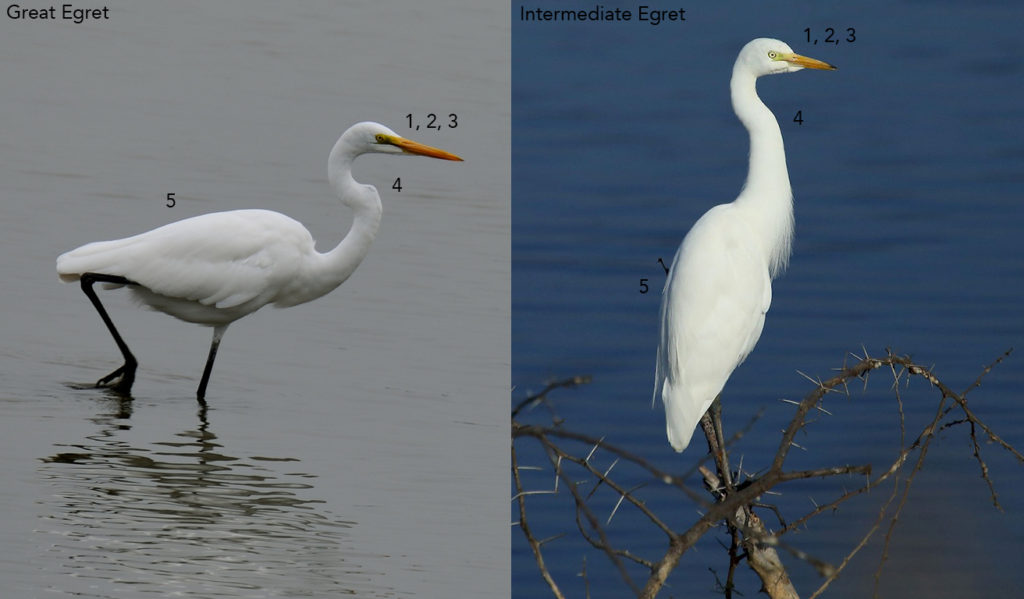 These differences are summarised below:

Here is an image that illustrates these differences very well (can you tell which species is which?): 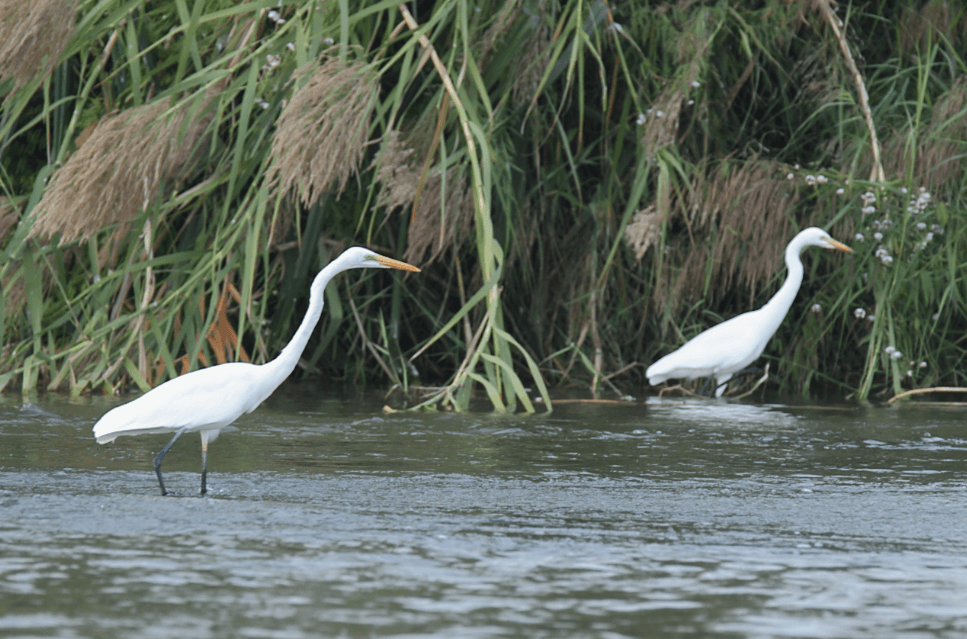 In certain postures and when direct comparison is not possible, an Intermediate Egret can look quite similar to a Cattle Egret. Below are some pointers on how to distinguish between the two:

Note: There will always be times when particular individuals may prove difficult to identify even with the best of views. Some times, one may just not get to see enough of the bird to be able to ID it. It is absolutely OK if that is the case and best to err on the side of caution. On eBird, you may use “White Egret sp.” when conclusive identification is not possible.

Although as yet unrecorded in our region, the Little Egret has a subspecies nigripes known from as far west as the Sunda Islands and may occur in the Andaman and Nicobar Islands. They can be told apart from the resident garzetta (nominate) subspecies by their dark feet.

The Great Egret has two subspecies regularly occurring in India. The widespread modesta which is a breeding resident, and the nominate alba which is known to occur in N India during the winters. There is little known about the extent of the range of alba, its population and breeding status in India. One of the reasons is because they can be tricky to tell apart in the field.

Modesta is slightly smaller than alba, but this difference is often difficult to note in the field, and there may be an overlap in the males of modesta and females of alba. Features to look out for instead are the bill, lores, and the legs, are ascertaining these to the time of the year and behaviour (courtship/breeding/non-breeding).

The following table may give us some clues about identifying this species to ssp level using these features in the breeding and non-breeding seasons:

In ssp. modesta, bill post-courtship may assume a dual-coloured nature with a yellow base. The iris is yellow in both subspecies, but may appear red in modesta during  the courtship period.

PS: An article with Little Egret and the two Reef-Egrets will be coming soon.
Update: Published here: https://birdcount.in/little-reef-egrets/

Also: Another fantastic article about these egrets here.

Lovely… Thanks a lot!! Was always confused between egrets..
This cleared the doubt.

Very useful, especially the most challenging intermediate and great egret ID features. Can we have one on little egret and western reef egret white morph, please.

Thank you. An article on Little versus Reef egret coming up soon!

This is a excellent work ! This will help all inexperience birders to separate various Egrets ! I would also request to add Little Egret with Pacific Reef-egret !
Thanks

Thank you. An article on Little versus Reef egret will be coming up soon!

Nice pictorial explanation. Thanks for sharing

Thanks a lot for putting it all so painstakingly. It’s a group of birds which normally confuses a lot. Looking forward to white morph of Western reef heron n little egret

colour of the Beak , legs and feet ; make a table and carry it to the field . This helps me ordinary bird watcher

What about Western Reef Egret? it also is confusing ,perticularly the whitw morf.?

Thanks and very useful as ever! Looking forward to more!

Want such article in pdf form….

What is the bird on your backgarden feb 2019 bird count poster? I have just seen one in northern cyprus.

Hey, I really appreciate your work. And thank you so much, this blog helped a lot in identification. Can you also put some blogs on how to identify warblers? As we all know they are very tricky. So birders like me always keep searching for help for identification.

We do have one article on warblers, and more are in the works. See all our species articles here:
https://birdcount.in/category/species/
Thanks for your comment!

What’s the difference between Egrets and Herons?

Egrets are a kind of Heron (Family Ardeidae).

Well written article with lucid description made easy to understand 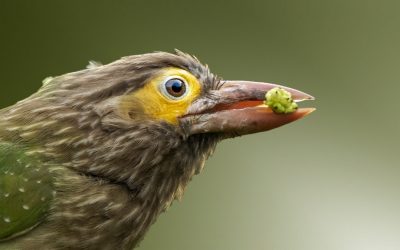