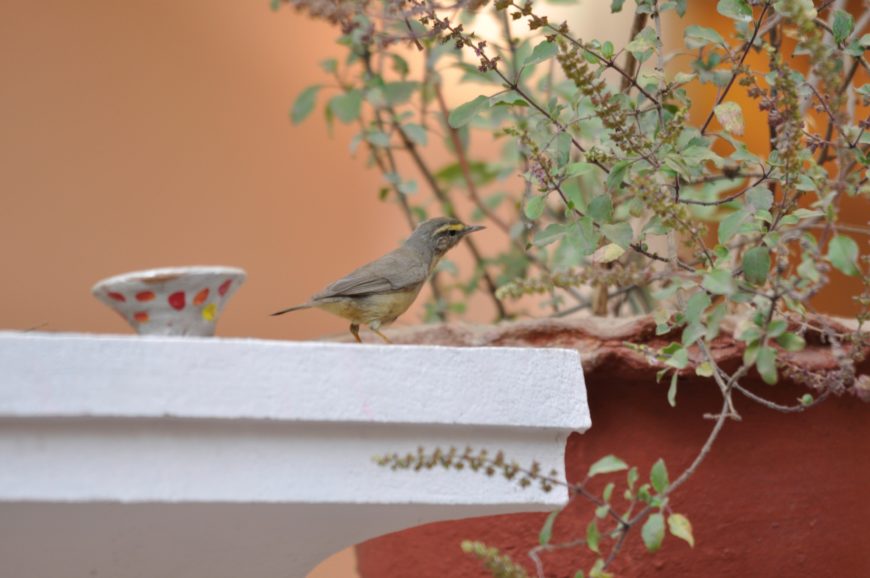 Patch Birder’s Profile is a new series focussing on Patch Birding. In this series, we highlight birders who have been faithfully visiting their patch, through this, learning the details of the birdlife and its seasonality there. 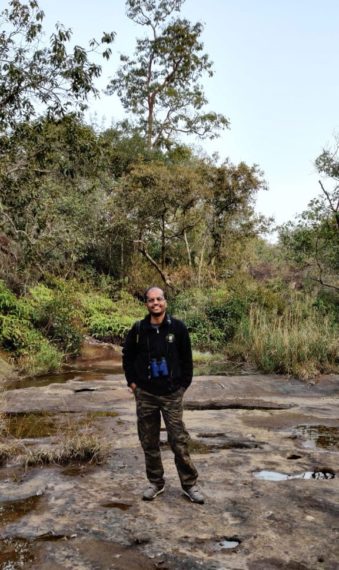 My name is Ajay Gadikar and I am an IT entrepreneur, based in Indore, You could also call me a compulsive birder, as I am passionately fond of watching birds and have been doing so since the last 15 years. My wife and son, both, share this hobby of bird watching and we often plan birding trips together.

Recently, I co-authored a book- ‘Birds of Indore‘, that showcases the bird diversity of Indore district. From common to endangered and near-threatened species, this book covers 267 species of birds found in Indore. It also gives elaborate details of all the birding hotspots in this region. 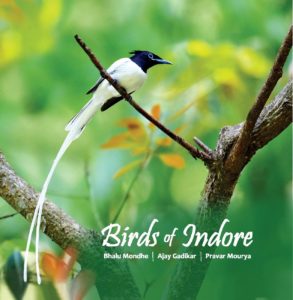 I am also a member of IUCN- Species commission for Hornbills. As an active member of the ‘The Nature Volunteers’ (TNV Facebook)– an NGO based in Indore, have been involved in creating awareness among masses about conservation of flora and fauna. This is done by coordinating and conducting various programs throughout the year. In 2014, I completed the Basic course of ornithology from BNHS, Mumbai. Over the years, I’ve conducted more than a hundred bird watching camps.

Other than watching birds, I am also interested in bird behaviour. One such personal project involved studying the nesting behaviour in Indian Grey Hornbills. A short version of this is presented in the form of documentary here.

My birding patch is the small township where I live, in Indore, Madhya Pradesh. It is called as ‘Classic Purnima Park Colony‘. It is located on the outskirts of the city but in the last few years, it has got crowded as many other residential townships and commercial establishments have come up.

The patch comprises of 44-row houses distributed in 3 lanes. These lanes have medium to large trees, and it has an open area, let’s call it a vacant plot. The township also has a big garden comprising of many fruiting trees (mostly Guava). The total patch area is about 1 hectare. 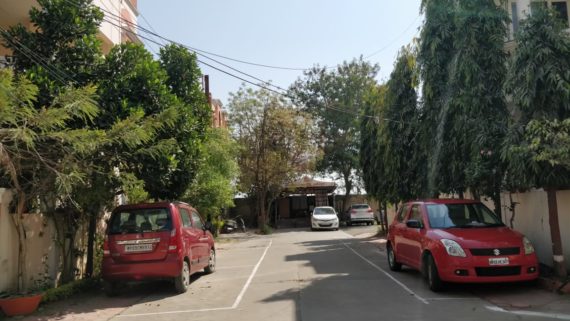 Each row of houses have small gardens and the residents too make efforts to grow plants. 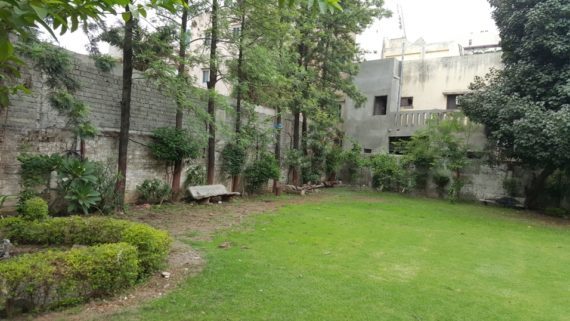 I have studied the avifauna present in my patch very regularly and extensively. On most occasions, birding is mostly done in morning hours, usually between 7- 8 am. I usually walk in different lanes of my patch with special attention to the vacant plot covered with undergrowth and bordered by a wall. Along the wall, there are some thorny and deciduous trees where one can spot birds almost any time of the day. Since 2015, I have been regularly documenting birds in this patch. I visit my patch mostly 3-4 times in a week. Of around 2500 checklists that I had submitted on eBird, more than 1100 are from my patch alone. My longest continuous streak of documenting the birds in eBird is of 1000 days.

Generally, the birds found in one’s backyard are the birds seen in my patch. Once I started birding more regularly, I found that bird diversity here is more than what I thought. After exploring my patch and from the data collected,  I was surprised to see that the total species count until now is around 63. This shows that even an urban patch can yield you surprises and good bird diversity can be expected. 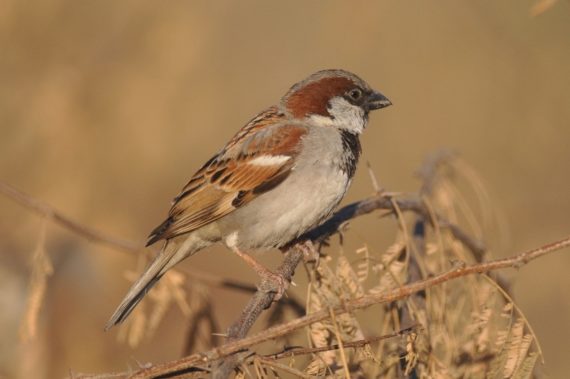 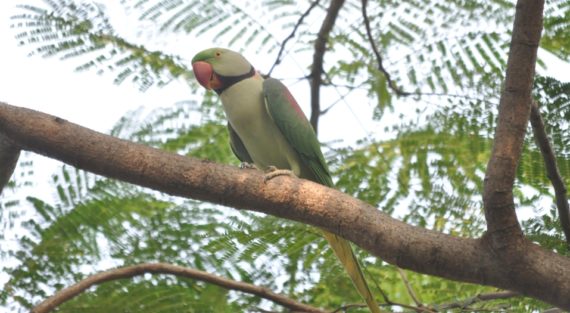 During monsoon, this vacant plot becomes swampy, overgrown with grass and providing a perfect cover for the White-breasted Waterhens that breed here. It’s heartening to see that they successfully raise their chicks every year in such a small habitat in my patch. Egyptian vultures are seen sometimes soaring up in the sky over my patch. 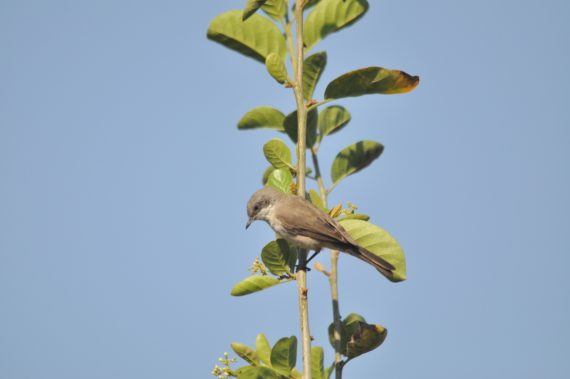 The green bee-eaters are seen every year only from August till February; their numbers are highest at the peak of the winters. 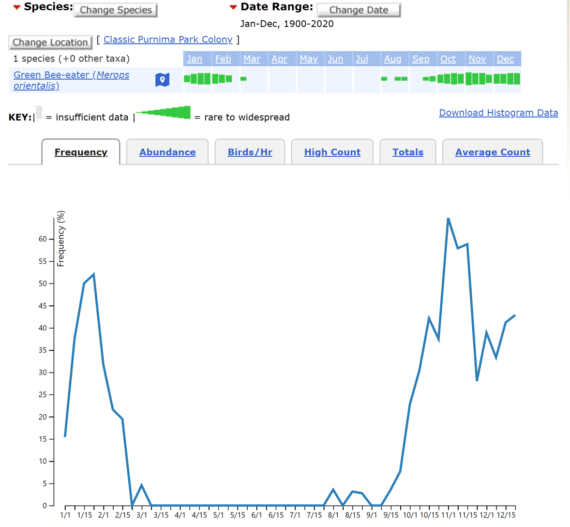 At the same time, one can watch many nesting sites of the Purple Sunbird in the patch with different levels of activities in accordance with the various stages of the breeding cycle. 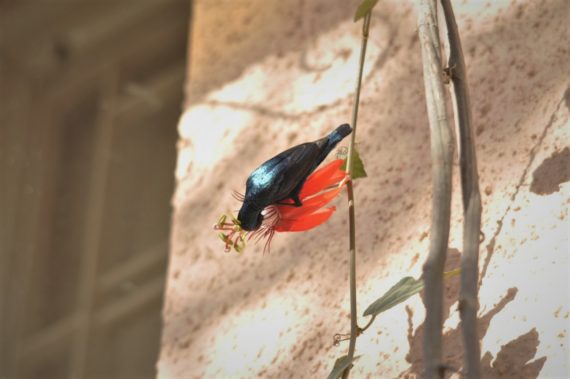 Every year it is interesting to watch at what spots the sunbirds choose to build nests. Also, because of the creepers and climbers growing everywhere in the patch, I can easily spot 3-4 nests. The breeding time varies from February till June. It’s fascinating to watch the transformation of plumage in males just before the breeding cycle- from eclipse plumage to an overall metallic blue and purple.

The Purple-rumped Sunbird, on the other hand, does not breed here and is visible only from July to October. The Long-tailed Shrike has not been sighted since 2018. I think this is due to the change in the habitat.

Likewise, each year it’s nice to watch and learn about the breeding biology of Oriental Magpie Robin, Red-vented Bulbul, Common Tailorbird and Ashy Prinia, whose nesting sites are mostly in the vicinity of their earlier nesting sites.

There are many but one important and interesting study that my son Neel and I did for almost 3 months was observing the roosting places of the birds and documenting it.

Every night we would go around the to see where the Laughing Doves have roosted for the day; or which perch did the White-breasted Kingfisher favor or for how long at a stretch has the Black Drongo been using the same site for. We found that the birds prefer the trees with dense canopy for roosting in the winters.  We also got to know the regular roosting spots of Oriental Magpie Robin and Indian Chat. We found that most of the birds stick to one or two preferred roosting sites. Red-vented Bulbuls stuck to the same site for most consecutive days. Laughing doves also showed the same tendency, but since their population was more they were seen distributed among 3-4 trees. Only Ashy Prinia was the bird that we found to change its roosting site for the maximum number of times.

One of the most memorable incidents I remember is that of a Barn Owl that roosted on our neighbour’s windowpane for almost two months. It was nice to observe the owl’s activities at this roosting site. Many times out of curiosity, we would investigate the regurgitated pellets to learn what its previous meal has been. We found indigestible parts (bones, fur, claws, and teeth)- mostly of squirrels and mice. 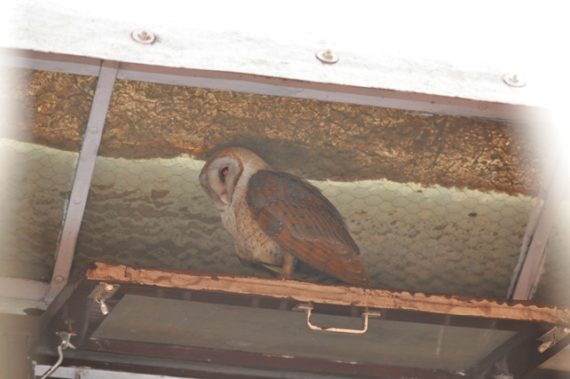 On another occasion, I came across a Purple Sunbird female using paper waste to build her nest than the usual nesting material. This shows their adaptability with the changing times.

I also recorded another remarkable nest site adaptation by a pair of White-breasted Kingfisher in my patch. This pair had chosen to make their nest in a hole in the wall of a building. It seems to be an attempt to adapt to the urban lifestyle which is getting crowded by buildings from all sides.

By observing and documenting birds in a specific patch regularly I can say that I am able to understand the diversity and how each species adapts to food availability with the changes in season. When conditions are favourable (more food availability) their numbers also increase. I am much sure about the arrival- departure of winter migrants in my patch.

The Laughing Doves are still able to retain their counts even after the increasing number of feral pigeons in the patch and taking over their nesting sites.

House sparrows population seems to be dwindling steadily in my patch as more and more construction activity is happening. Although the habitat in my patch is hardly changed, the surrounding (larger) habitat outside my patch has drastically changed. Many of the vacant plots have come up with residential and commercial projects and the Babool trees (Acacia spp.) that the sparrows used to roost on are all lopped.  I used to see 10 pairs of sparrows at least but in the last two years, they have reduced to only 2- 3 pairs.

The most thrilling part of Patch Birding is that it is a very cost-effective way of bird watching. It is also a good way to study and get to know a lot about the birds around us. Through all these years of my patch birding, I can happily say that most of the avifauna that I documented is present for most of the months, courtesy the food and shelter the birds get here. Except for a few species, most avifauna has still retained in my patch. I am worried that the habitat destruction taking place around my patch will certainly affect the population count and diversity of birds. Nevertheless, it will be interesting to continue documenting and to see how the birdlife in my patch would get affected in the coming years.

Note: see the Classic Purnima Layout hotspot page in eBird to explore the birds of this location.

Photo credits:  Habitat shots of the patch and bird photographs are by Ajay Gadikar

‘Patch Birder’s profile ‘ by Mr. Ajay Gadikar is very interesting and valuable for person like me.
I appreciate your creative thinking and your positive attitude.Maximum students from schools ,colleges& University should get innnvolved in this type of activity.Great work.

I know Mr. Ajay Ghadikar for a long time now. He is a passionate bird watcher. I got opportunity to do a few bird watching trips with him. He posses sound knowledge about birding.

Patch Birder’s profile by Mr. Ajay Ghadikar is a great way to explore and learn about birds in a cost effective way.

Hi Ajay ..Great to know about your deep knowledge of birds and their behavior. Lately we have also started taking interest in watching birds and identifying them basis their color ,shape and typical call. Started with copper Smith barbil ,bulbul , Goraiya, koel .Good to know that Neel whom we had seen as an infant is also supports you.All the best 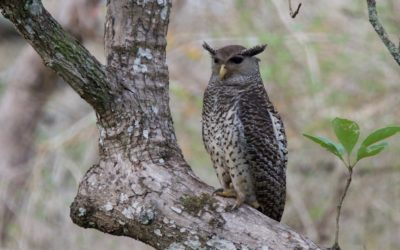 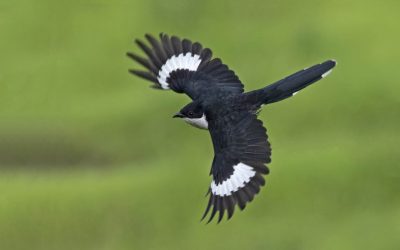 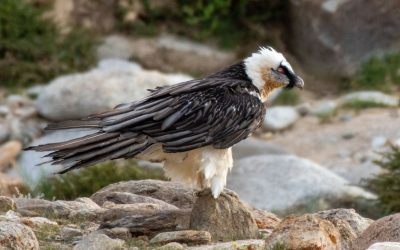