Coimbatore City Bird Atlas (CCBA) is a citizen science project to map the distribution and abundance of birds of the Coimbatore city using field surveys between 2020 and 2022.

The city was gridded and divided into thirty-seven, 3.3 km x 3.3 km cells. Each cell is a sampling unit. The cells were then further sub-divided into nine 1.1 km x 1.1 km sub-cells. Three sub-cells were selected randomly from each cell and four, 15-minute long, traveling, complete bird lists were recorded (in eBird mobile app) in each sub-cells. Participants used Locus Free, an Android mobile application, to navigate to the sub-cells assigned for conducting surveys. 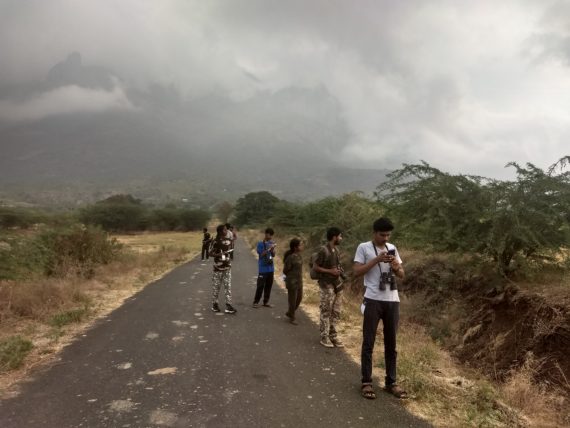 Volunteers at survey, inside one of the sub-cells of Coimbatore City Bird Atlas

The surveys started on 22nd February and were completed on 18th March, 2020. Most of the surveys were carried out during weekends and only rarely on the weekdays. Each sub-cell was surveyed by two teams to avoid observer bias. In general, the team that surveyed the sub-cell for the first time spent half an hour and submitted two 15-minute travelling lists. The second team visited the same sub-cell after a week and completed the remaining effort. Generally, in one morning each team covered three sub-cells. Surveys were carried out between 06:00 am and 10:00 am.

Total number of participants was 74. However, 53 of them carried out most of the survey, of which 28 birders lead different teams. Birders from all walks of life participated in this survey and many of them were biology students and wildlife researchers. All the team leaders and the regular birders involved in this survey were familiar with most of the common birds of this region. About 34% of the birders have been birding for 5–10 years or more.

Totally 142 bird species were recorded during this survey. The lowest number of species recorded in a cell was 23 and the maximum was 73 bird species. House Crow and Common Myna were most abundant (89%), followed by Rose-ringed parakeet (70%), Rock Pigeon (Feral Pigeon) (68%), and Yellow-billed babbler (63%). More details can be seen in the report below: 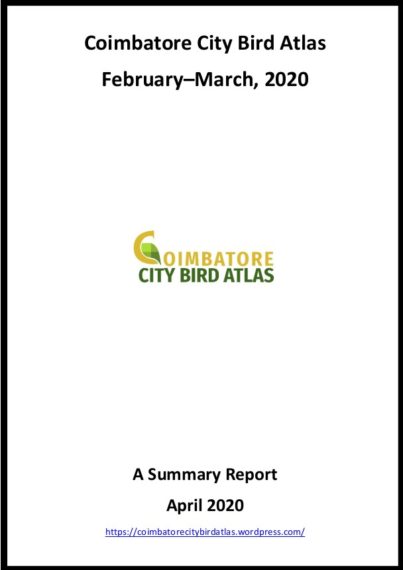