September eBirders of the month

The eBirding challenge for September was somewhat unusual. Instead of there being a fixed target of lists or hours of birding, the task for each of us was to upload as many complete lists

as possible during the month. So, how did we do?

September saw a large jump in the number of effort-based, complete lists, of at least 15 min duration. In all, 2,864 such lists were uploaded to eBird from India during the month, almost double the number for the previous month, and higher than any other month in the eBird database excepting Feb 2014 (when the GBBC and associated events created a massive spike — 3,451 such lists).

One important factor contributing to this buzz of activity was the Kerala Onam Bird Count: 1,692 of the September lists were from Kerala — more than half!

As described in the announcement for the September challenge, here is a word cloud of all 113 September participants who uploaded at least 5 effort-based, complete lists of 15 min duration or longer. In this picture the font size of each name is proportional to the number of lists contributed. You can click on the picture to see a larger version. 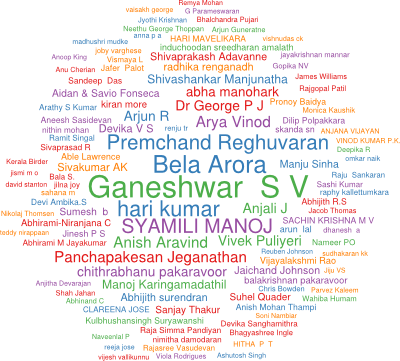 The individual who uploaded the highest number of lists was Ganeshwar S V, who contributed an amazing 160 eligible lists in September — wonderful work indeed! And although they are not depicted here because they operate a group account, with contributions by multiple birders, we must mention the superb efforts of The Nature Trust, who collectively uploaded 210 eligible lists — we salute their passion and their teamwork for birds!

As described in the earlier announcement, one of the 2,864 eligible lists from September was chosen using a computer-generated random number. The winning list was from 27 Sept, from Kumarakom in Kerala, which was contributed by

who uploaded 51 lists during the month, and, in birding appreciation, receives a copy of Bird Sense: What it’s Like to be a Bird by Tim Birkhead. (You can read a review here, and there is a website devoted to the book too.)

As an aside, this same book was the gift for two earlier months, but we have been unable to reach the winners, Sudhakaran KK and Syamili Manoj. If you (the reader) knows either of them, please ask them to write to us at birdcountindia@gmail.com to arrange for the delivery of their gift.

Here is the full list of all 266 contributors from September 2014:

Now on to the eBirding Challenge for October: 15 hr, 15 lists!

thank you and we are happy to thank our students and Dr.P.Jeganathan. 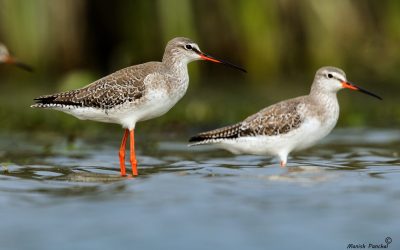 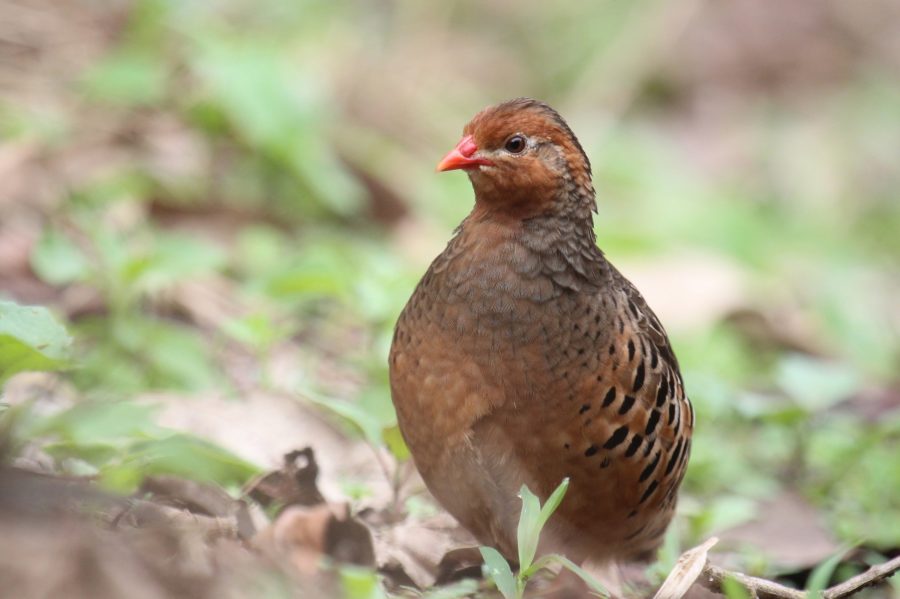 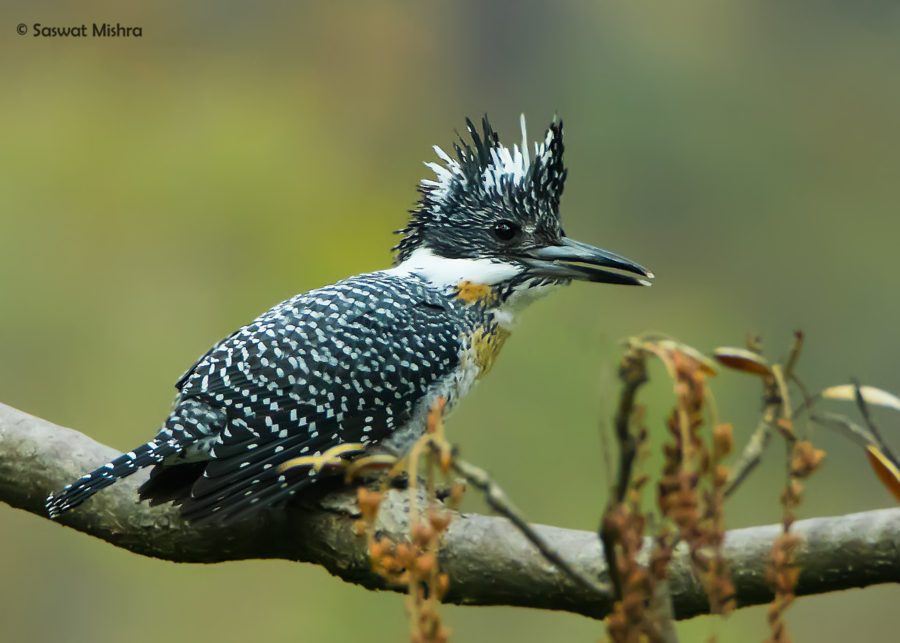 October 2020 eBirders of the Month

Thanks to all the birders who participated in Wild Bird Day/ October Big Day and Global Bird Weekend! As a result, this month saw an increase in birding...