Subspecies trochiloides/ludlowi of Greenish Warbler that breeds in the high Himalayas and Central Asia migrates to Northeast India, Bangladesh and Southeast Asia where viridanus rarely ventures.

Green Warbler breeds in southeastern Europe and western Asia near the Caspian Sea. It winters almost entirely in peninsular India and Sri Lanka, primarily along the west coast and in South India where both Greenish and Green Warbler often co-occur at high densities.

This animated migration map was created from observations uploaded to the citizen science platform eBird up until 2020. Where present, the inset graph depicts the seasonal likelihood of finding this species (i.e. the proportion of eBird checklists) within its range in India alone. We are grateful to the many birdwatchers around the world who have enabled the creation of this animation by sharing their observations on eBird. 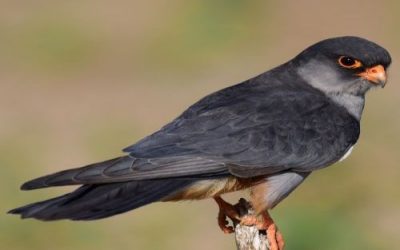 Amur Falcon (Falco amurensis) breeds in northern China and eastern Russia (Amur) and is a true passage migrant in India on its way to southern Africa to spend the winter. 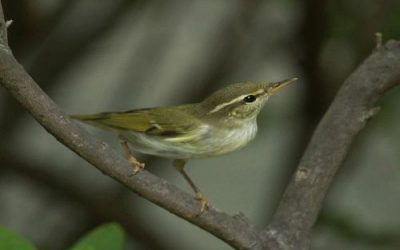 Arctic Warbler (Phylloscopus borealis) breeds across the northern Eurasian taiga and migrates to Southeast Asia and the Andaman and Nicobar Islands during winter. 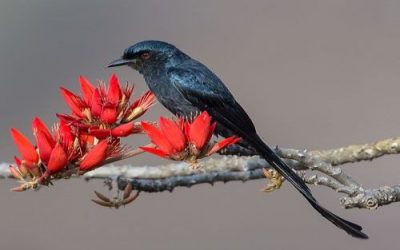 Ashy Drongo (Dicrurus leucophaeus) breeds in the Himalayas and in parts of central India and migrates to lower altitudes and latitudes during winter.