As the sky began to magically bathe in the mellow rays of the rising winter sun, a group of wildlife enthusiasts forwent their much illustrious sleep and joined me on the first day of the Campus Bird Count. And boy, what a joy when a male Bluethroat was the first bird to quench our parched eyes! We paused as we observed this aesthetic beauty strutting around through the bushes, its orange streaked blue throat glistening bright in the morning sun. This great mimic of a bird will only be around for a few more months before it takes off on a long journey back home to Europe, much to our dismay. 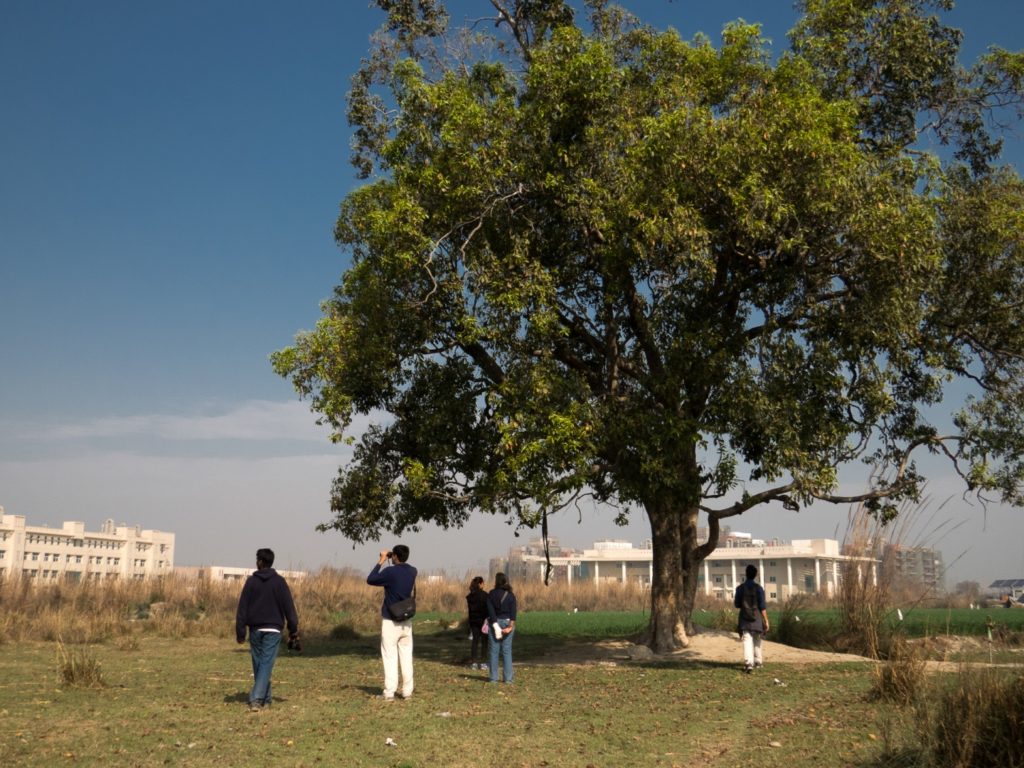 We tiptoed along the bushes, through the gardens to be greeted by the common birds on campus- Asian Pied Starlings, White Wagtails, White-browed Wagtails, Grey Wagtails, Red-vented Bulbuls, Paddyfield Pipits, Red-wattled Lapwings, Laughing Doves, Ashy Prinias, Black Drongos, a Greater Coucal and needless to say the ubiquitous crows and feral pigeons. From a distance, we heard the distinctive ‘ki-tee-tar-ki-tee-tar’ of Grey Francolins as they skulked through the tall dried grass. We reached the core of all the birding activity on campus, the ever so serene SNU lake, made more beautiful by a lone poetic tree emerging in the background. This is one of the few remaining freshwater shallow lakes in the Dadri wetland and it hosted a rich variety of migratory ducks and geese this year including Red-crested Pochards, Ferruginous Pochards, Bar-headed Geese and Greylag Geese, etc. As we got closer, the placid waters turned into tumultuous V shaped ripples, as all the ducks retreated to the other end of the lake in unison. We did a count around the lake that was teeming with Northern Shovellers, Common Teals, Pintails, Gadwalls, Garganey, Common Pochards, Spot-billed Ducks, Common Coots and a Eurasian Wigeon while the Common Moorhens, Bronze-winged Jacanas, Black-winged Stilts, Indian Pond Herons merrily foraged on the dense floating vegetation along the shore. Just as we were counting, a Marsh Harrier emerged out of the blue skies and made eager loops over the lake as it went about an unsuccessful hunting spree, creating much commotion amidst the water birds.

We had our field guides clasped tight and our eyes always on the lookout.From the lake, we then walked into the reeds observing Plain and Graceful Prinias, Crested Larks, Hoopoe etc. A small group of purple sunbirds were fluttering around, collecting nectar from the Calliandra flowers. While we were traversing every nook and corner of the campus for signs of birds and other wildlife, we happened upon a pack of 5 Indian Jackals, searching so determinedly for a kill that they barely noticed us at first. We observed them, remaining inconspicuous behind the reeds, and left them in their moment. In all, we ended up documenting more than 40 species on the first day of the campus bird count and our happy faces radiated fulfilment. We celebrated the morning checklist with a lavish breakfast in the college mess. 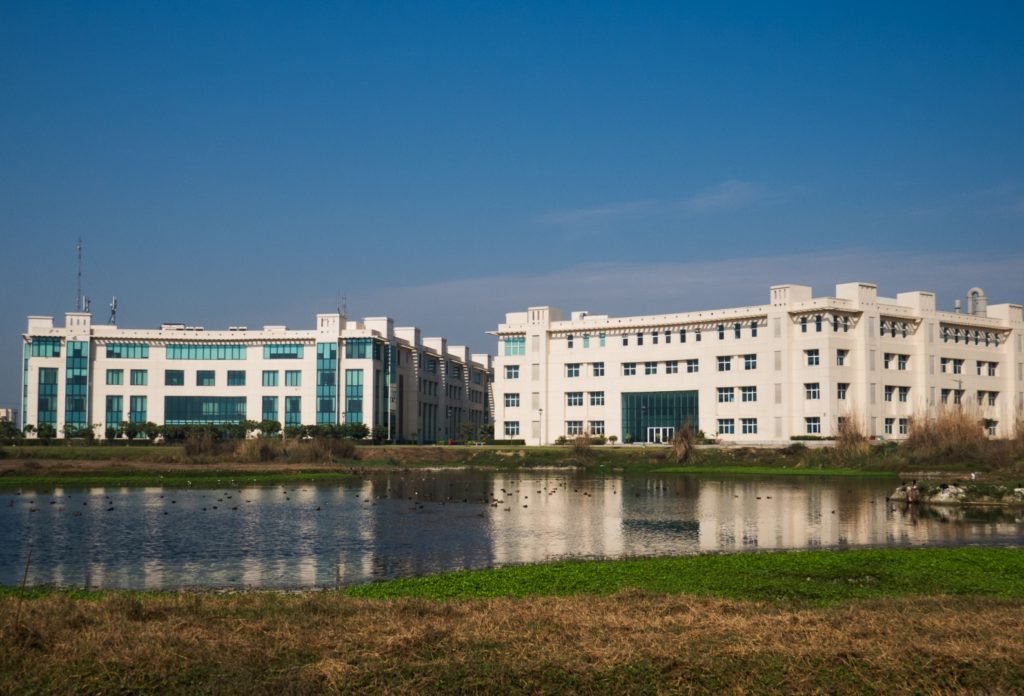 The second day of CBC gave us the opportunity of birding with the very knowledgeable and humble birder Meghna Joshi, who came all the way to infamous Dadri to lead the birdwalk on campus. The highlights were a male Eurasian Kestrel, Indian Roller, Long-tailed Shrike etc. Along with enriching us about the birds, she encouraged us tremendously about the little efforts we had been putting into sensitizing students towards nature through birding. The next day happened to be the one that I was most apprehensive about and yet it turned out to be the most rewarding one. I was leading the birdwalk to the Dadri wetlands and the participants included some revered Professors as well. The idea was to make the students explore the rich wildlife that was thriving in the vicinity of the campus. We started exploring the Bil Akbarpur lake and followed the trail to get Black-tailed Godwits, White-breasted Kingfishers, Siberian Stonechats, Munias and several water birds. It was Ashwad who pointed out the possibility of spotting Blackbucks across the reeds and we stealthily crept in that direction. I had seen a family of blackbucks in this area before but what unspooled next left us awestruck. We caught a mesmerizing sight of 18 Blackbucks, leisurely lounging about with the Nilgais in the fields. We soaked in their charisma, standing speechless at the distance. I spoke to the villagers who told me that the area is relentlessly being landscaped by bringing in crores worth of sand. Ecstatic as I was at the sighting, I couldn’t help but think about the future of these endangered animals, a future that remains precarious given disturbances due to close construction around the wetland. My reverie was broken by the call of Sarus Cranes and excited, we proceeded in the direction of the call and met with two pairs. The fact that these elegant birds are the tallest flying birds and mate for life elicited sheer awe in the students. The checklist kept growing and so did our exuberance as we walked our way back to college through the wetland.

The final day saw us checklisting 55 species on campus, and it was great to see new birders identify common campus birds in a jiffy. I was overwhelmed as we not only documented 80 species of birds for the first time on campus but also ended up establishing a deep connect with the natural world, a connection that pulls me back to birding, again and again.