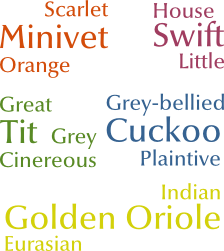 If you have ever been confused by the names that eBird uses for Indian birds, have been frustrated at not being able to find the species you want, or would like to see how eBird names correspond to other major bird naming systems, then this article is for you!

[You can skip ahead to a listing of common naming confusions, and can download an excel file with names of Indian species.]

The eBird taxonomy and naming system

The eBird taxonomy follows the Clements Checklist of the Birds of the World and in fact, eBird and Clements are tightly integrated. The taxonomy is updated annually, in August, to reflect changes that have occurred in the previous year. These include the addition of newly-discovered species, renaming of English or scientific names because of better taxonomic understanding, additions resulting from subspecies or subspecies groups being ‘elevated‘ to species status, and so on.

In the last case (subspecies elevated to species status; ie a ‘split’ in the original species), the changes are often confusing for us birders, because the English names often change as well. For example, when the Eurasian Golden Oriole (Oriolus oriolus) was split, the Indian subspecies became known as the Indian Golden Oriole (Oriolus kundoo). Similarly, a split in the Great Tit (Parus major) resulted in the various Indian subspecies being collectively called Cinereous Tit (Parus cinereus).

Then there are species that are split within India: eg Plaintive Cuckoo (Cacomantis merulinus) has been split into Plaintive (C. merulinus) and Grey-bellied (C. passerinus), with Grey-bellied being restricted to central and southern India. Similarly House Swift (Apus affinis) has been split into Little Swift (Apus affinis) and House Swift (Apus nipalensis), with A. nipalensis being restricted to the Himalayas. These changes cause a lot of confusion, with birders trying to report ‘Plaintive Cuckoo’ and ‘House Swift’ from southern India, where the species with these names now do not occur!

For the majority of species, the English names used in the eBird/Clements taxonomy are identical or at least similar to the English names that we in India are used to. Bar-headed Goose, Little Grebe, Spotted Owlet, Blyth’s Reed-Warbler, and Baya Weaver are the same names in both cases. But there are some species for which the names differ. For example Common Kingfisher and Small Blue Kingfisher are the same species (Alcedo atthis), but many of us are more used to the latter name; similarly with Spot-breasted Fantail and White-spotted Fantail (both Rhipidura albogularis). And, of course, for recent splits, we may still be accustomed to the name given for the overarching species (eg Great Tit) because that is what is written in most current field guides.

For these situations, the eBird/Clements names are unfamiliar, and need translation. Fortunately, eBird has a feature for alternative English names to be displayed. We have implemented such a set of names for India. If you go to your eBird account preferences and adjust the settings to display names as ‘English (India)‘, you will see English names customized for Indian birders based on what names are most familiar to us.

For example, we noticed that many birders were unaware that the ‘Great’ Tits they were seeing are now called Cinereous Tit; so while the eBird/Clements standard name is Cinereous Tit, the ‘English (India)’ name has been set to ‘Cinereous Tit (Great Tit)’, so that when you search for Great Tit, you will find this species. (Be sure to look for the scientific name Parus cinereus, to doublecheck that you are reporting the correct species.) Similarly, birders in the peninsula have been reporting House Swift, when actually, following the split, the southern species is Little Swift, and the Himalayan species is House Swift. To make the distinction clearer, the ‘English (India)’ names are ‘Little Swift (Indian House Swift)’ and ‘House Swift (Nepal House Swift)’ respectively. In doing this, we are not attempting to invent new English names for birds, but rather to just provide guidance for birders trying to report their sightings.

Below is a list of common taxonomic confusions based on changes over the past few years. All English names here are given as specified by the ‘English (India)’ setting in eBird. The listing of species is not in taxonomic order, but rather in roughly decreasing order of common-ness.

For your reference, we have collated the names of 1,305 species known to occur in India into an excel file. For each of these species, the eBird default name, the ‘English (India)’ name, the eBird scientific name, a link to the species map on eBird is given. Also, for each species, the English and scientific names under three other taxonomies is given: the Indian BIRDS name, International Ornithological Committee, and BirdLife International.  Many thanks to Praveen J, R Jayapal, and Aasheesh Pittie for compiling the master list based on which this file was generated.

Note: another valuable resource for viewing bird lists from various parts of the world, under a taxonomic system of your choice, is Avibase.

Very useful and thanks for making available the India bird list as an excel file.

Thanks for the downloadable India bird list incorporating different versions of the names and for including English (India) names. Very useful!

Very useful piece of information. The excel sheet with Indian names is additional useful feature. Thanks.

Thank you Sir. Very glad you found it useful! 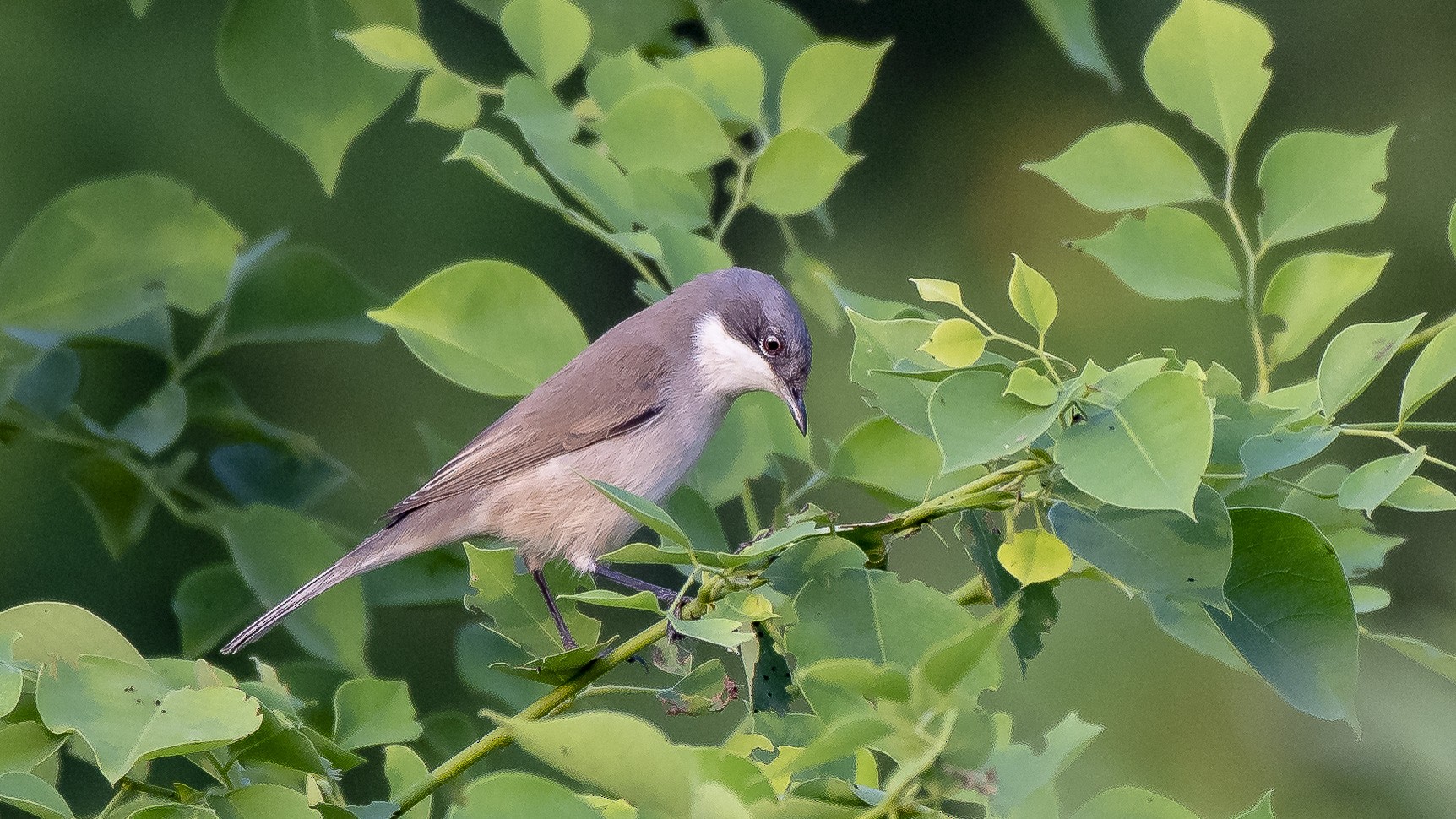 Every year in August the bird taxonomy across the world gets updated based on eBird/Clements checklist. Birders in India can heave a sigh of relief as the... 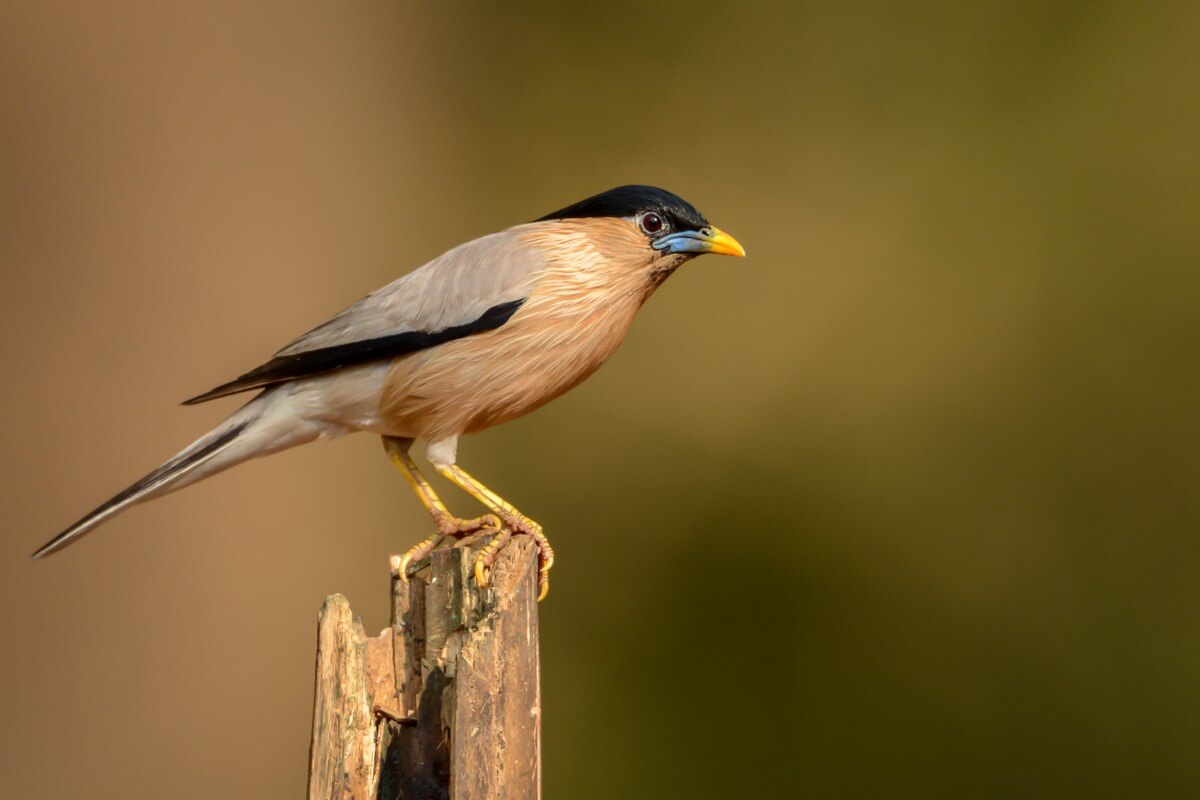 Using eBird through the India portal

Cross-posted from http://ebird.org/content/india/news/using-ebird-india-portal/ If you are an eBirder from India, please ensure that your lists are tagged as...

All of us love birds and identifying them. Part of the joy of birding is to be able to correctly put a name to a bird based on observations and features noted...