Bird Count India conducted two workshops in Raipur, Chhattisgarh on 6-7 November 2016. The workshops were organised by the Birds and Wildlife Group of Chhattisgarh and the Science College, Raipur.

On 6 Nov, 52 people (some from as far as Bhilai and Dhamtari) attended the pre-workshop bird walk at the Rajiv Smriti Van and Urja Park at Raipur. The group broke up into various teams and over a period of 2 hours, saw over 60 species in this small park right next to the city. Some of the highlights for the resident birders were the many Greenish Warblers, Taiga and Red-breasted Flycatchers, Verditer Flycatcher, Thick-billed Flowerpecker, and more.

The workshop, delivered by Ramit Singal, included two sessions. “An Introduction to Birds and Birding in India” gave a basic introduction to birdwatching, with a special focus on ethics in the field, bird behaviour and habitats. The second session revolved around the practice of documenting birds and monitoring them. This was followed by examples of how eBird is a useful tool to enhance our understanding of Indian birds and their status.

We are very thankful to Mr Hakimuddin Saify, Mr Mohit Sahu, Mr Saurabh Agrawal, Mr Sonu Arora and everyone else who helped organise this workshop and make it successful. 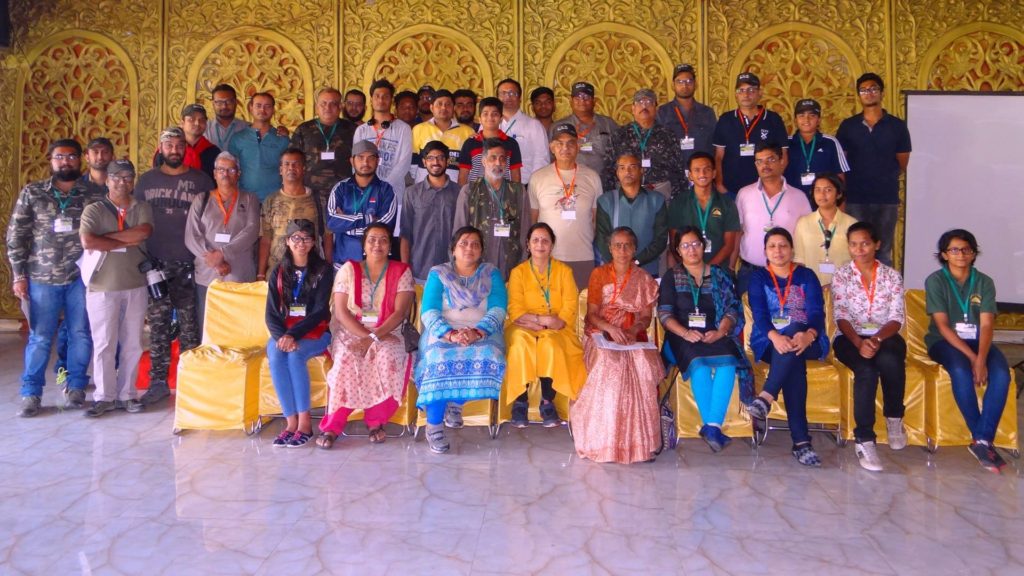 Chattisgarh’s birders at the Bird Monitoring workshop in Raipur

A short workshop was organised the following day (7 November 2016) at the Science College in Raipur for the MSc Zoology students. The hour-long workshop was very interactive and most of the students were new to birding altogether. The aim of this workshop was to introduce the students to birdwatching in general and give a basic idea of why monitoring and documentation of birds is important. The response was very encouraging and a few of the students turned out to be very knowledgeable and promising birders! We would like to thank Dr Renu Maheshwari for giving us a chance to speak with the students.

Chhattisgarh has a very active community of birders. Led by people like Mr Arun Bharos and Mr Mohit Sahu, a new generation of birders is now also making its presence felt and watching birds in areas hitherto unexplored. These include regions like Dhamtari in the north and Bastar in the south, both of which have turned up exciting birds in recent times. We look forward to continued growth in birding and bird monitoring in the state.

5 thoughts on “Bird Monitoring and eBird Workshop in Raipur”