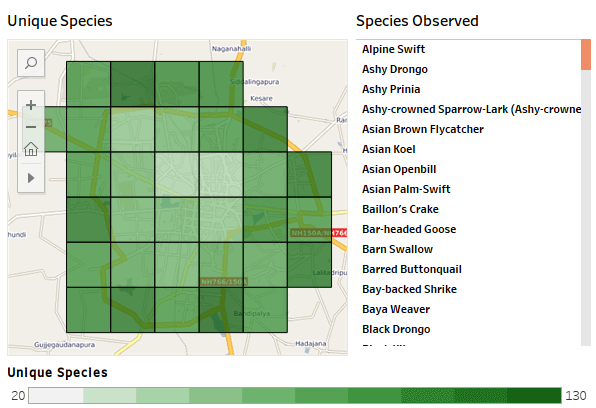 The Mysore City Bird Atlas has completed three years of operation and summaries of the results for 2014-2016 are available to view and download! 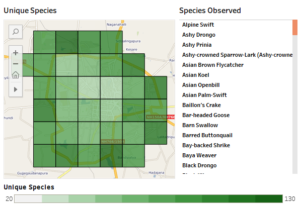 The Atlas is a systematic attempt to document the city’s birds; both across the urban span and across two seasons: winter (February) and summer (June). In addition, the multi-year duration of the Atlas effort shows how much variation there is in the pattern and abundance of different species from year to year.

Across the three years, 192 species were found in the Atlas, the number hovering around 170 in each year, and with an overall 50 additional species in winter compared with summer.

The Atlas is an initiative of the Mysore Nature group, who have devoted many many person-hours to designing, coordinating and executing this pioneering project, with fieldwork totalling nearly 400 hours of birding — our congratulations to all!

Please click through to explore interactive visualizations of the summaries of the Mysore City Atlas 2014-2016!

Here is more about bird atlases and their utility.

3 thoughts on “Three years of the Mysore Bird Atlas”