In this series we highlight birders who have been faithfully visiting their patch, through this, learning the details of the birdlife and its seasonality there.

1. Please tell us about yourself: where do you live and what do you do?

I spent my initial days in  Mangalore and later shifted to Mysore to work in a bank. In 1997, I took up trekking and soon was also introduced to nature watching by Late Shri KB Sadananda, a well-known botanist and a birder. Mysore has a very strong birding community, (www.mysorenature.org) that helped me to evolve as a birder.

I took voluntary retirement to follow my passion for traveling, which has been absolutely wonderful and enlightening! When I am not traveling, I devote some of my time with the schools in Mysore, on their nature education programs.

2. Please tell us about your patch: where is it located, what habitats does it contain, how often do you visit, and whether you follow any sort of procedure or protocol when visiting for birding?

I live on the outskirts of Mysore very close to Lingumbudhi lake, a birding hotspot. I often used to go birding here. Back then there were a few houses and lot of open land around which supported an incredible amount of diversity. Once I saw a truck bringing in building materials and I realized that the habitat will soon be gone. This made me adopt my garden and the scrub patch (outside my house) as my regular birding patch. My patch was known as Chittara, Shrirampura 2nd stage, however, when the Mysore Bird Atlas was in planning, this patch was part of one of the grids and the name was changed to Mysore City Bird Atlas 30B Shrirampura 2nd Stage

My garden patch is kept wild and organic. I grow at least 15 different types fruits and vegetables. I also have 10-12 kinds of greens and herbs. Some climbers and creepers too. My interest in lepidopterans got me into planting more than 10 species of their host and food plants. Such as Oleander for Common Crow, Turmeric for Grass Demon,  Aristolochia indica for Southern Birdwing, Common and Crimson Rose butterflies. Photos of some butterfly species from my garden patch can be viewed here. The broad leaves of the Gmelina arborea  (known as ‘Shivane’ in Sanskrit) is a good host plant for moths. The leaves are broad and lush green and birds often rest under these. Likewise, the jasmine flowers attract moths, and the flowers of Hibiscus sp. attract Purple and Purple-rumped Sunbirds. The berries of Lycianthes laevis, a wild variety of herbaceous shrub are favorite of bulbuls. I feel that this diversity of plants, both cultivated and wild, attracts a range of wild creatures. My mantra is ‘water, food n security’ and I am glad that my garden provides these.

The scrubland patch, on the other hand, is a degraded patch supporting species adapted to arid habitat. It’s like any other dry scrub seen in the plains of Mysore. The ground is covered with sparse grasses and weeds. The few trees it has are mostly woody trees like Prosopis juliflora, Lantana camara, Acacia spp. and Zizyphus sp. I have a bird’s eye view of this site from my rooftop. 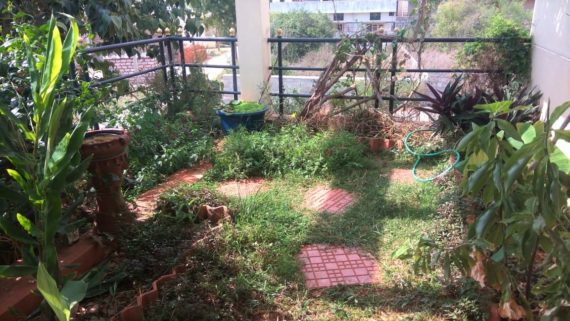 A section of my organic vegetable and plant garden 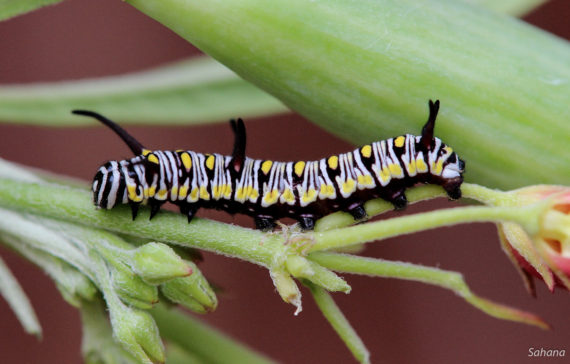 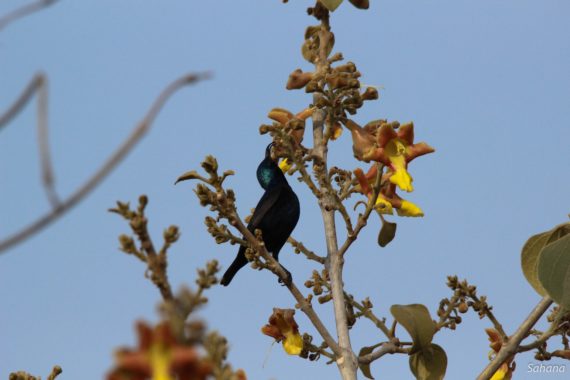 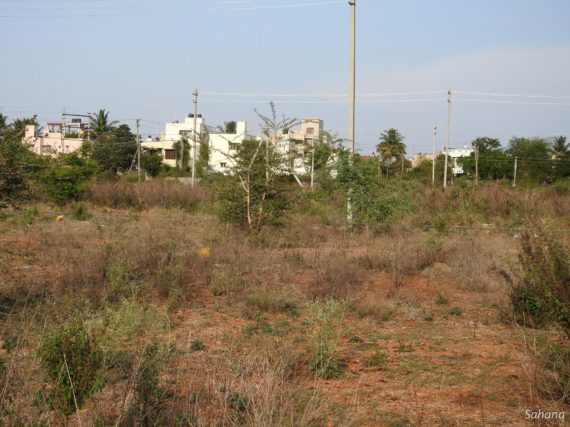 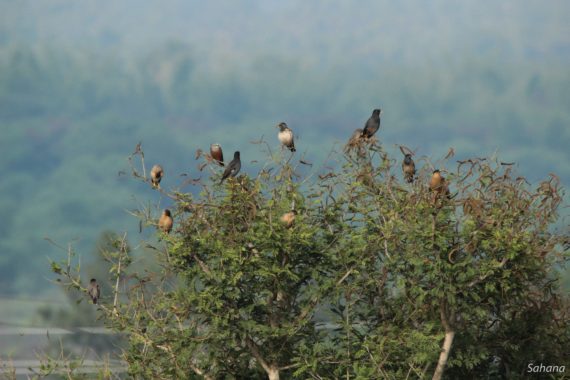 My birdbaths and unmanicured organic garden attract birds all year long while the scrubland provides space for them to take refuge, forage, and breed. My patch also acts like a flyway for the aquatic birds of Lingambudhi lake. So far more than 123 species have been recorded in this patch. The habitat here typically supports Yellow-billed Babbler, Common, and Jungle Myna, Brahminy Starling, Pied Bushchat, Indian Silverbill, and many more.

While my garden attracts babblers, bulbuls, tailorbirds, sunbirds (especially, when flowers are blooming), the scrubland acts as a breeding site for many other birds. For example- Yellow-wattled Lapwing, Long-tailed Shrike, Red-vented Bulbul, Spotted and Laughing Dove, Eurasian Hoopoe, Ashy Prinia, White-browed Wagtail breed in this patch. When Prosopis juliflora seedpods ripen, the Rose-ringed Parakeets are here in droves. Shikras are always around waiting for an opportunity to hunt small birds and reptiles. During dawn and dusk, one can regularly hear the calls of Indian Thick-knee, Indian Nightjar. 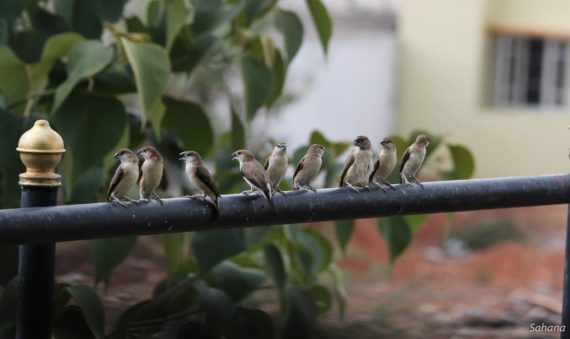 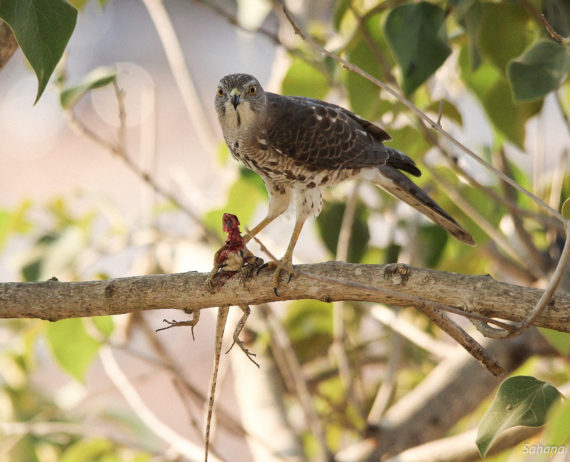 Shikra with a garden lizard kill

The Black Drongo and Indian Golden Oriole disappear in May only to re-appear in October. With the onset of monsoon, the scrubland habitat changes dramatically with quite a few surprises too! For example, on one of the monsoon mornings, I was intrigued to hear a Rain Quail. Also, the emergence of swarmers (winged termites) during the rains attract Brown-backed Needle-tails and Alpine Swifts along with other swifts, swallows, and kites. While Indian Silverbills are here around the year, the Scaly-breasted Munias join them in good numbers around this time of the year.

Recently when my 10-year-old Flame of Forest tree (Butea monosperma) bloomed for the first time, and Rose-ringed Parakeets, Chestnut-tailed Starlings raided the tree along with the other birds. But both these species had their specific time frame for foraging.

Every year, during winter, a Brown Shrike drives away the resident Long-tailed Shrike from its area. This year, however, there were no signs of Brown Shrike. Blue-tailed Bee-eater too set up a camp here in winter. The Chestnut-tailed Starlings and Rosy Starlings join the Brahminy starlings while foraging. I have also seen migrants like Booted Eagle and Greater Spotted Eagle (courtesy Lingambudhi Lake) joining the kites in the sky. Large flights of Barn Swallows on the power lines were a common sight here but not anymore. October is the time when Indian Pittas after spending their summer in the north migrate to South to spend their winter. I remember one October, a few years back, I had found an exhausted Pitta in the scrub patch. 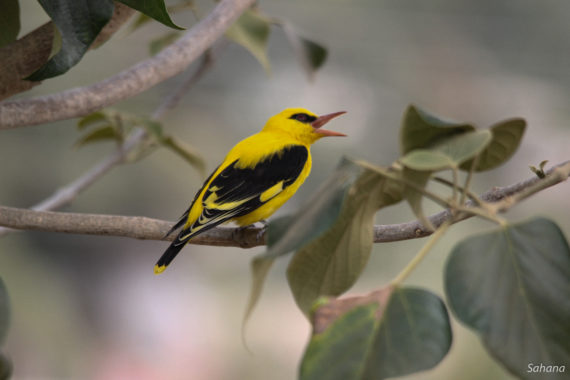 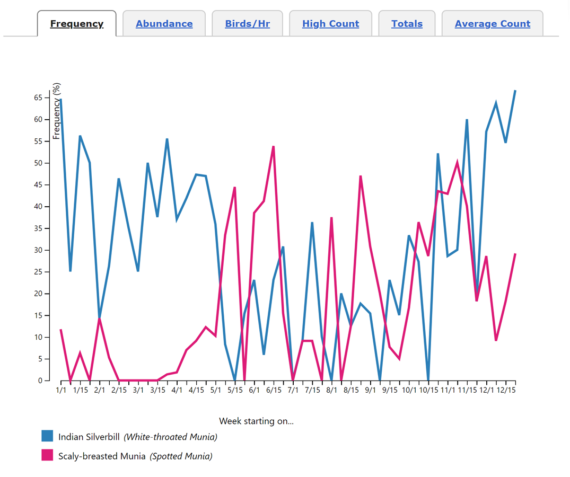 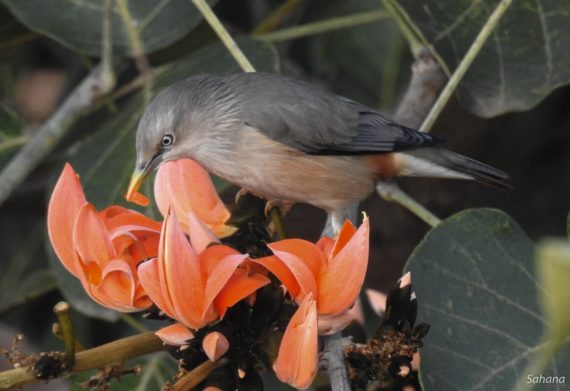 These are some simple little observations sure to tickle your brain.

Yes. definitely! Watching the same birds in the same patch increases your familiarity with them giving a good insight into their habitat preference, their feeding and breeding patterns, and territorial traits. You get a good understanding of their calls and traits which helps in a more wholesome understanding of birds. Every day is a learning experience and I also learned a lot about the trees, the fruits, and the insects associated with them, their ecological and biological interactions. Nature always teaches us numerous things but we must be willing to learn and observe. 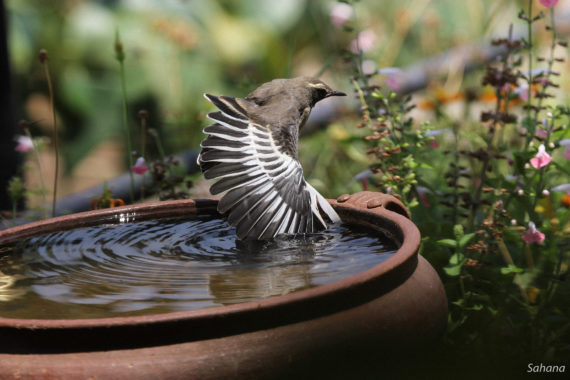 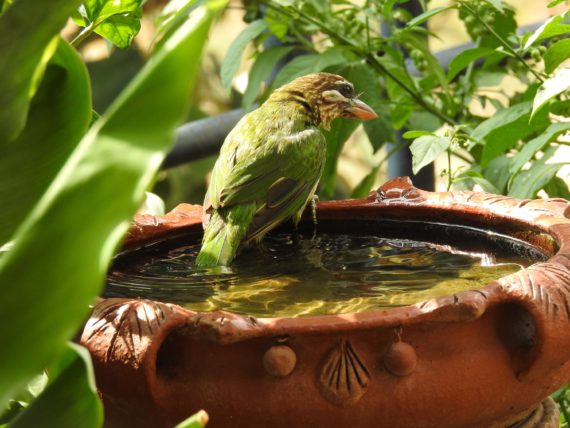 Note: See here to see all species in Sahana’s patch