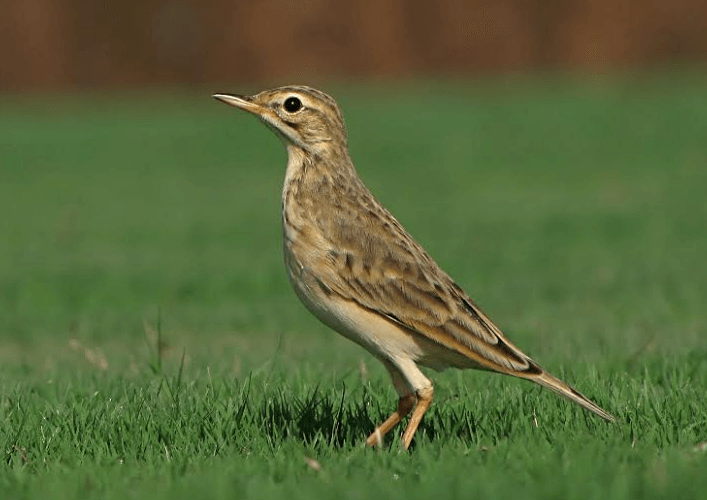 Few birds are as confusing to the beginning birder as Pipits and Larks. The first step towards identifying the species within the two families is to be able to tell between a pipit and a lark. Here is a short guide to telling apart these confusing ground-dwelling birds.

Pipits and larks are generally confused with each other because they can look very similar in plumage. Both are usually brown, variably streaked both above and on the breast and generally have some pattern on the face. 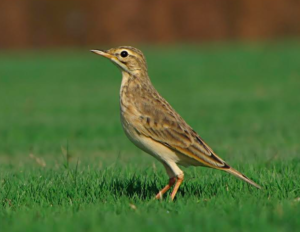 Paddyfield Pipit – note the streaking on the back and on the breast, a clean facial pattern © Ramit Singal 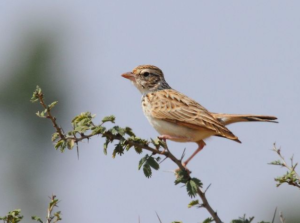 Indian Bushlark – plumage wise, similar to above Pipit with streaking on upperparts and on the breast, relatively well defined facial pattern © Albin Jacob (See in checklist)

However, some pipits may also be relatively plain brown – and correspondingly, some larks may appear quite unlike their congeners and look quite plain as well! 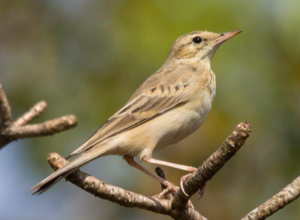 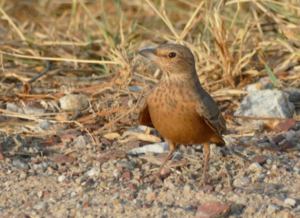 Rufous-tailed Lark – a very different lark from the rest, relatively much plainer and appears quite rufous © Noah Strycker (see in checklist)

The best way to visually differentiate larks from pipits is to note the structure of the bird. The key differences are highlighted in the following table:

Note: All features may not be true for all species, but all pipit or lark species will show at least 3-4 features respectively. 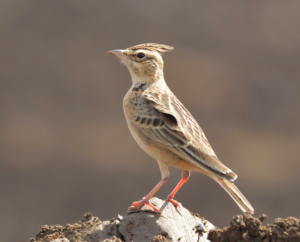 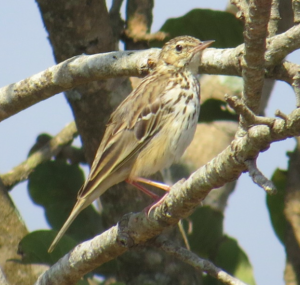 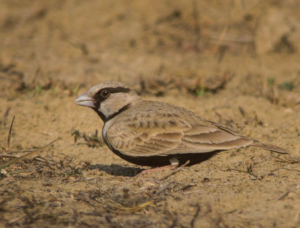 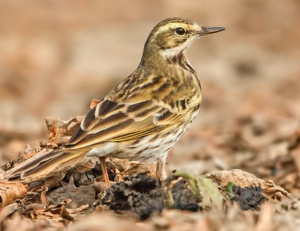 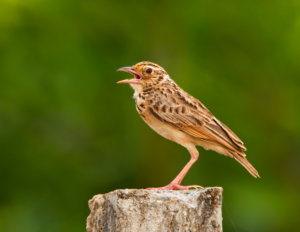 Larks, on the other hand, are relatively slower and usually appear to have a crouching stance.

(Note: This is indicative of the pipit’s more insectivorous diet, and the lark’s dietary preference for plant material)

Here are a few videos to illustrate these differences in behaviour:

Paddyfield Pipit – note its active behaviour and movements on the ground

Calls of pipits and larks can be very similar. However most lark songs are more complex, longer than those of the pipits and may even include mimicry!

To illustrate these differences: