The 10th edition of GBBC India was a rousing success! Last year when 952 species were recorded Indian birders had set themselves a challenge to reach the unprecedented mark of 1000. And what a way to reach that goal! Between 18 to 21 February 2022, 3,782 birders uploaded 41,694 checklists and recorded an impressive 1,017 species— 75% of the total number of species known to occur in the country! In comparison to GBBC 2021, this year India had almost 800 (28%) more birders from 12% more districts in the event. A big thank you to all state coordinators and to everyone who organised bird walks, and talks on campuses and elsewhere in the country. We are grateful to all data quality reviewers who reviewed all observations in such a short span of time.

The total number of checklists presented in this summary may vary from the global results as some checklists containing 0 species have not been included here. If any of you have 0 species-15 minutes-complete lists made during GBBC 2022, then please email at [email protected] 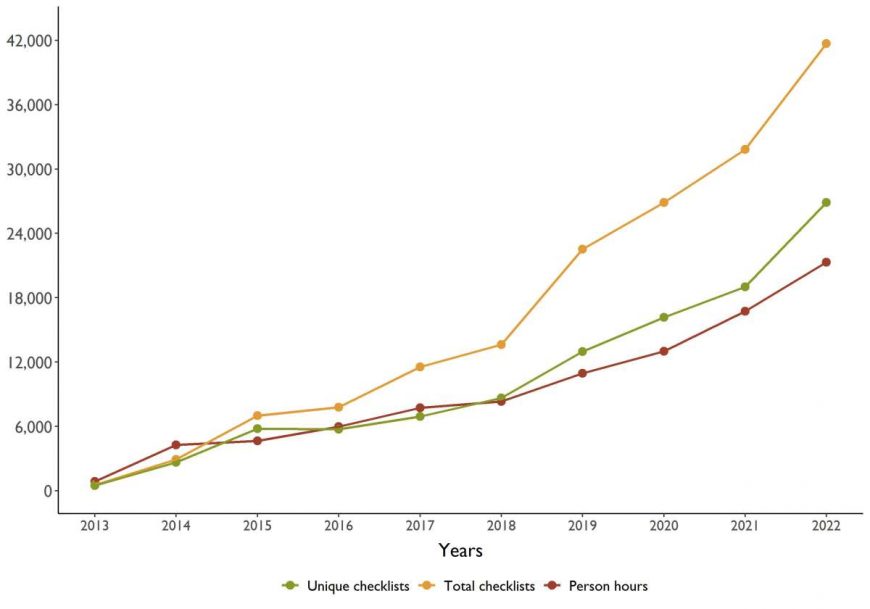 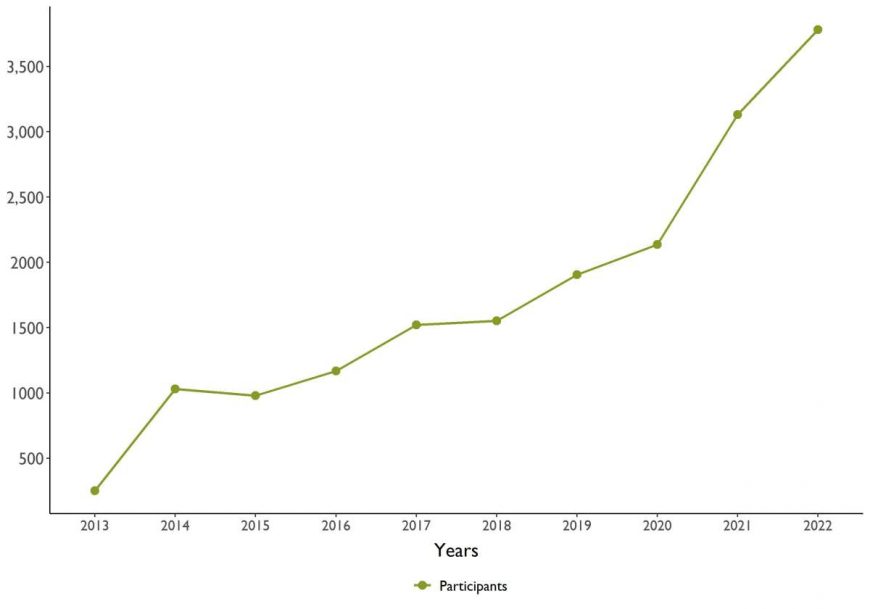 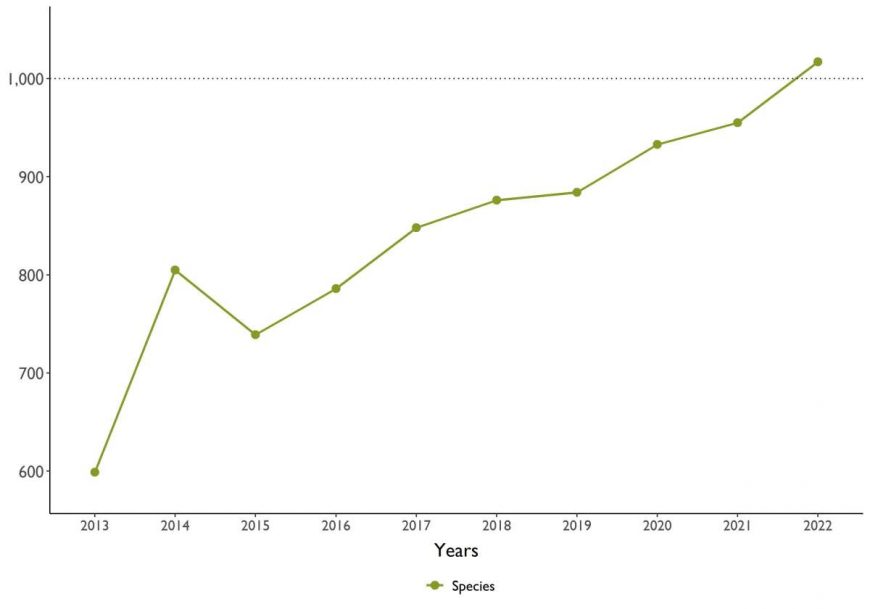 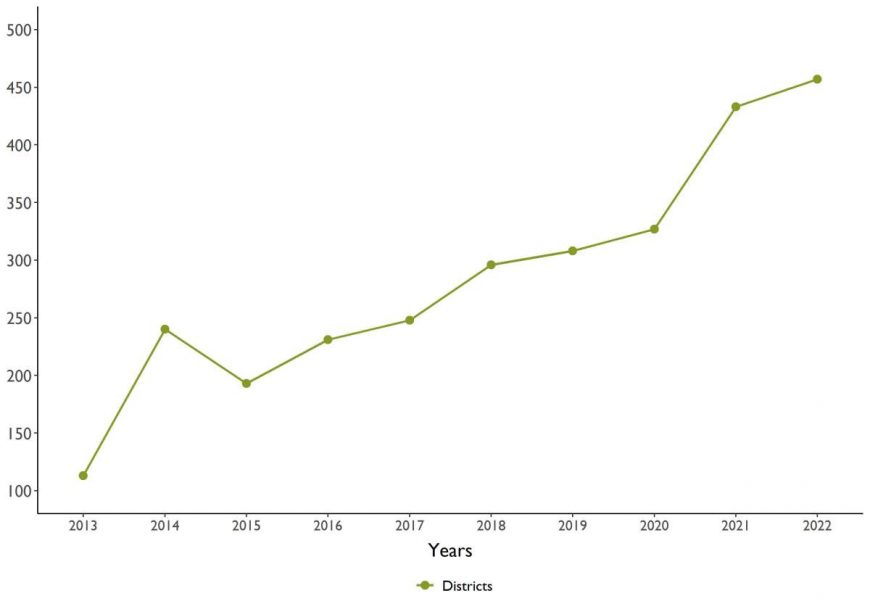 In 2020 and 2021, India ranked third behind the United States and Canada in terms of checklists uploaded. However, this year India took the second position behind United States.

In terms of the number of species reported, last year India ranked second but this year it ranked third behind Columbia and Ecuador.

Usually, South Indian states have seen the most number of checklists in past GBBC events. This year was no different. But it is remarkable to see states from North and Northeast India showing a lot of enthusiasm to document the bird life in their states. Rajasthan, Uttar Pradesh, Bihar, Gujarat, Jharkhand, Maharashtra, Odisha, Chhattisgarh, Tripura, Assam, Meghalaya, Nagaland, and Arunachal Pradesh saw some of the biggest jumps in participation. You can clearly notice this from coverage maps for both years.

Here, each list contributed to GBBC is shown as a translucent circle. Deeper yellow indicates overlapping circles, which signals more lists from that location. 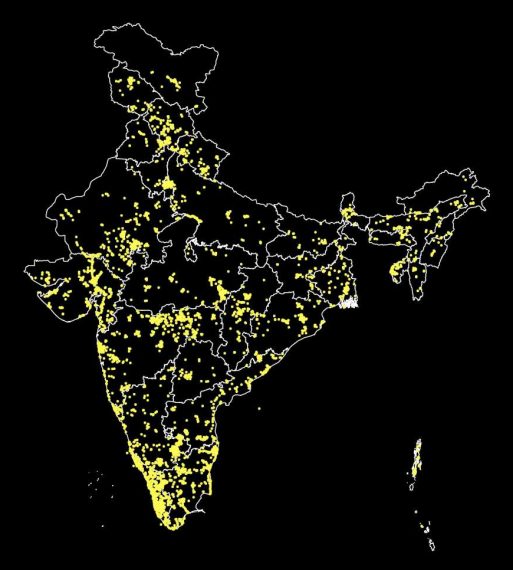 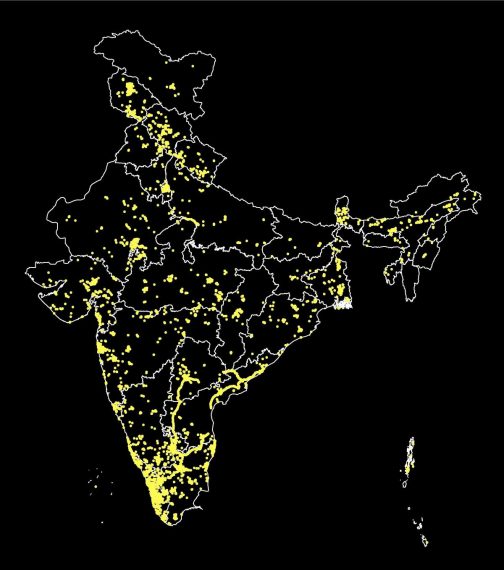 The top five states in terms of checklists were Tamil Nadu, Kerala, Karnataka, Gujarat and Maharashtra. Just like the last few years Salem district in Tamil Nadu alone uploaded over 8,000 checklists during this GBBC!

Top 5 states that uploaded over 2000 checklists!

The number of species shown may differ from that used for analysis.

Every year, GBBC in India has seen tremendous growth–more and more new regions step up to participate thus spreading the joy of birding. This year, the following states have shown an astounding increase in the number of lists uploaded.

North-east India in the Spotlight!

Thanks to all the birders in North-east India for showing an amazing level of coordination during this GBBC. An amazing feat achieved by birders in Tripura who uploaded 379 lists- a remarkable growth from just 5 lists in 2021! Arunachal Pradesh, Nagaland, and Meghalaya too showed an increase from last year.
A special mention to the birders of Mizoram who uploaded 66 checklists this year compared to 0 last year! 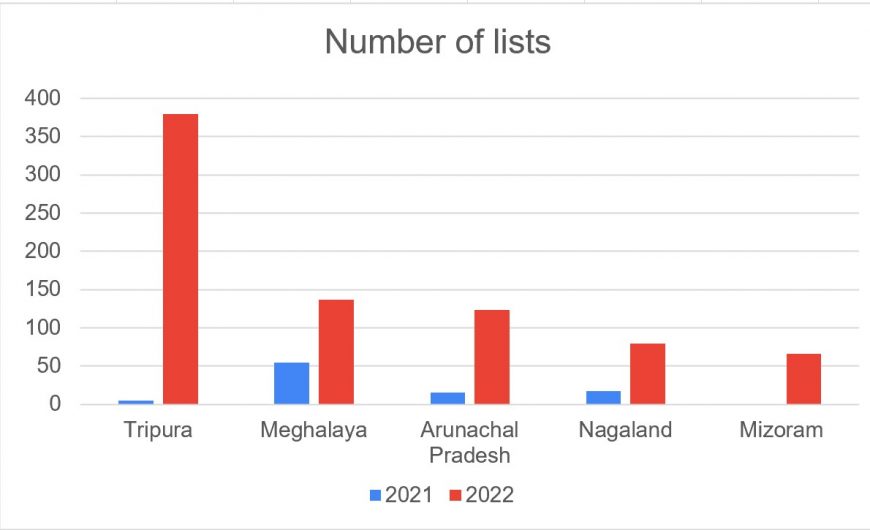 How did some of the other states do?

Other states that showed an increase were: Gujarat, Maharashtra, Rajasthan, Himachal Pradesh, Odisha, Ladakh, Andaman & Nicobar Islands, Jharkhand, and Bihar. Gujarat from 699 lists in 2021 jumped to 3011 and Rajasthan from 349 to 2419! From the alpine Ladakh to the verdant islands of Andaman and Nicobar, birders participated in droves; Ladakh went from 121 lists in 2021 to 392 this year and Andaman & Nicobar islands showed over 200% increase with 361 lists.

A special mention to the birders of Jharkhand who participated in numbers and uploaded 142 checklists this year compared to 19 last year! 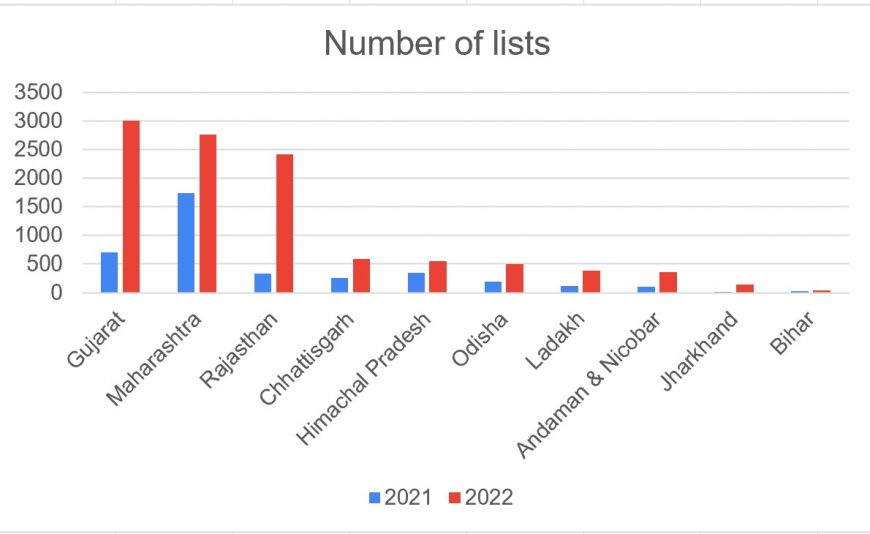 The state and district-level coverage of GBBC 2022 based on checklists are shown below. To view the summary (number of checklists, participants, species), please click on a state/ district in these zoomable maps.

Top birders in each state, in terms of the number of 15 mins checklists uploaded

Let’s have a big round of applause for Angeline Mano for uploading 384 lists!

A shoutout to the Foundation for Ecological Society (FES), Wildlife Conservation and Birds Club of Ladakh, Andaman Avians Club (A & N Islands only Birding Club), Zoological Survey of India (ZSI), Thanamir Birding Team, Salem Ornithological Foundation (SOF), Oorna Nature Club and all the other groups for their wonderful efforts in planning, coordinating and participating in this event.

The Himalayas: This region continues to report the same set of species since 2020 with minor changes in reporting frequency.

North: This year Black Kite wrestled its top 5 spot from Red-vented Bulbul after the bulbul had done the same in 2021.

East: Just like in the North, a species that lost its top 5 spot in 2021 regained its position – Black Drongo returns in the top 5 displacing Asian Pied Starling.

Andaman & Nicobar Islands: History repeats itself! Exactly like 2021, this year too the islands have a whopping four new species in the top 5 in 2022. What is more, these are a completely new set of species compared to last year! These are Andaman Coucal, Red-whiskered Bulbul, White-throated Kingfisher, and Brown Shrike.

Central: The same species from last year remained on the list except for Green Bee-eater which was knocked out by Rose-ringed Parakeet.

West: The same species from last year remained on the list except for Black Drongo which was replaced by Purple Sunbird. Red-wattled Lapwing continues to be an abundant species in this region compared to the rest of the country. 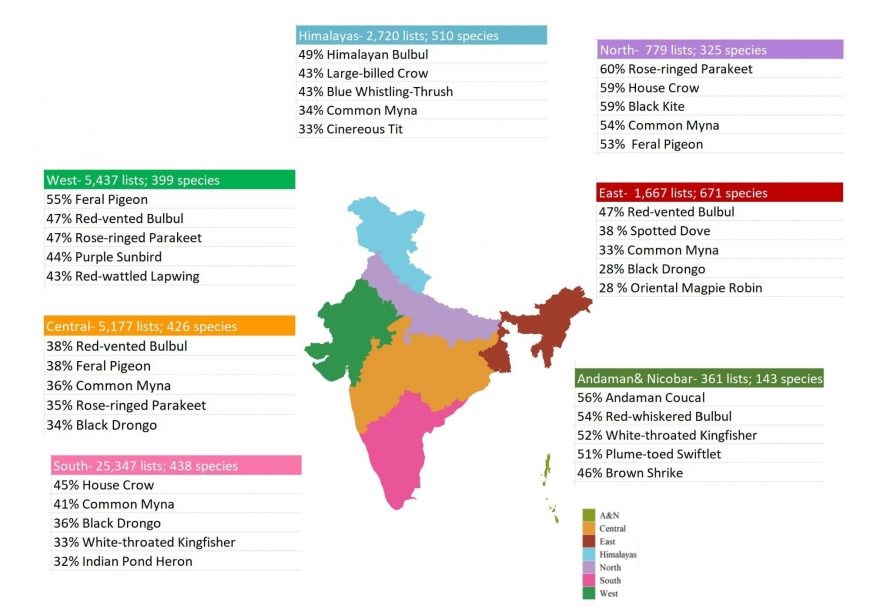 GBBC 2022 was coordinated by Bird Count India and its various partners. For more information, see the following links.

Banner Image is by Irshad Theba

It was a great enent as usual

Congrats to all the Participants, especially  Angeline Mano for uploading 384 lists, which means birding of more than 96 Hours in Four Days. 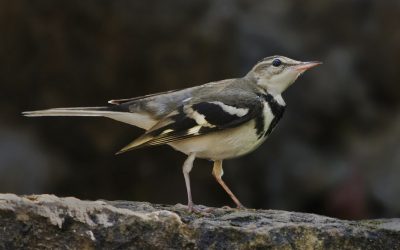 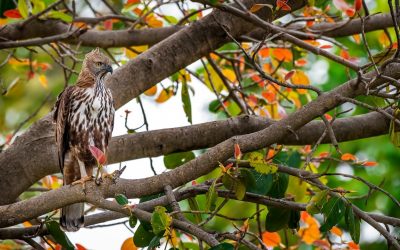 How to Conduct Bird Surveys in Forests

State forest departments across India are increasingly conducting bird surveys or bird counts through volunteers. A variety of methods are in use and many of...