The Campus Bird Count is an amazing initiative to introduce students and professionals to the beautiful world of bird watching. The idea of CBC, that several birds can be seen in campuses or institutions, was well appreciated in the field. 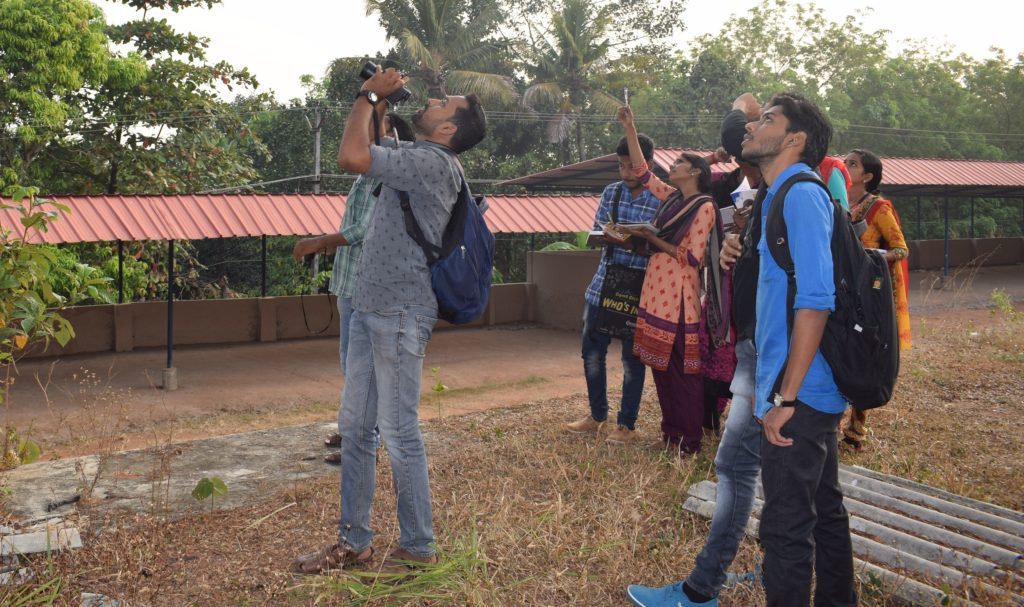 Students and teachers (as I did CBC in educational institutions) were very enthusiastic about spotting birds in and around their campus. Some other pupils also joined us when they saw us birding in the campuses. A few students were compelled to attend the CBC by the school teachers. These kids later fell for the bird sounds and calls and enjoyed more than the others did! It was a pleasant surprise for all and we recognise that nature has an immense potential to attract all irrespective of age.

There was a noted trend in all institutions to try and spot migrant birds. Poor common birds! Few students later tried to upload some lists in eBird. I felt that the CBC helps newer generation to enjoy a new perspective of nature which is a stepping stone towards nature conservation and for their love and passion towards our mother earth!