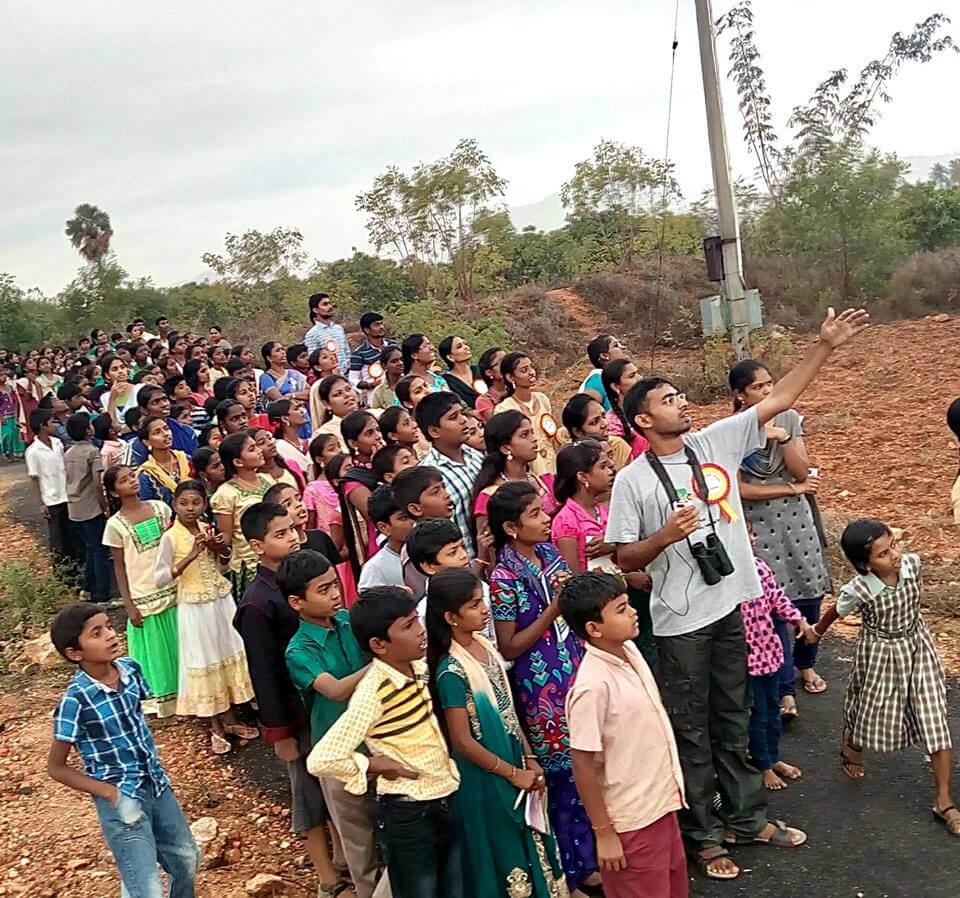 The fifth GBBC in Salem was coordinated by the new birding group United Salem for Bird Life. There were lot of pre-GBBC events conducted in which more than 500 students participated. During the count, Pin-tailed Snipe was recorded for the first time in Salem at Kannankurichi Mookaneri Lake which thrilled us all greatly. The Campus Bird Count saw enthusiastic participation from students of Panchayat Union Middle Schools in Krishnampudur and Thalavaipatty and college students were also involved. Overall birders have collectively recorded 164 species and submitted 665 checklists from Salem.