After a gap of more than two decades, the Indian Institute of Management, Bangalore (IIMB) opened up its campus to birdwatchers.

In this time, the city of Bangalore has expanded exponentially, and from being a campus on the outskirts of the Bannerghatta National Park, IIMB has become an oasis of green in a concrete jungle.

Prof S G Shainesh, the Dean of Administraion, has been the key person in this process of granting access. Ms. Vidhya Sundar, a keen eBirder, and Dr. Selvarajan Rajeshwaran, who was, at the time, a doctoral student at IIMB, set the ball rolling.The first Campus Bird Census was held on 27 Nov. 2016. 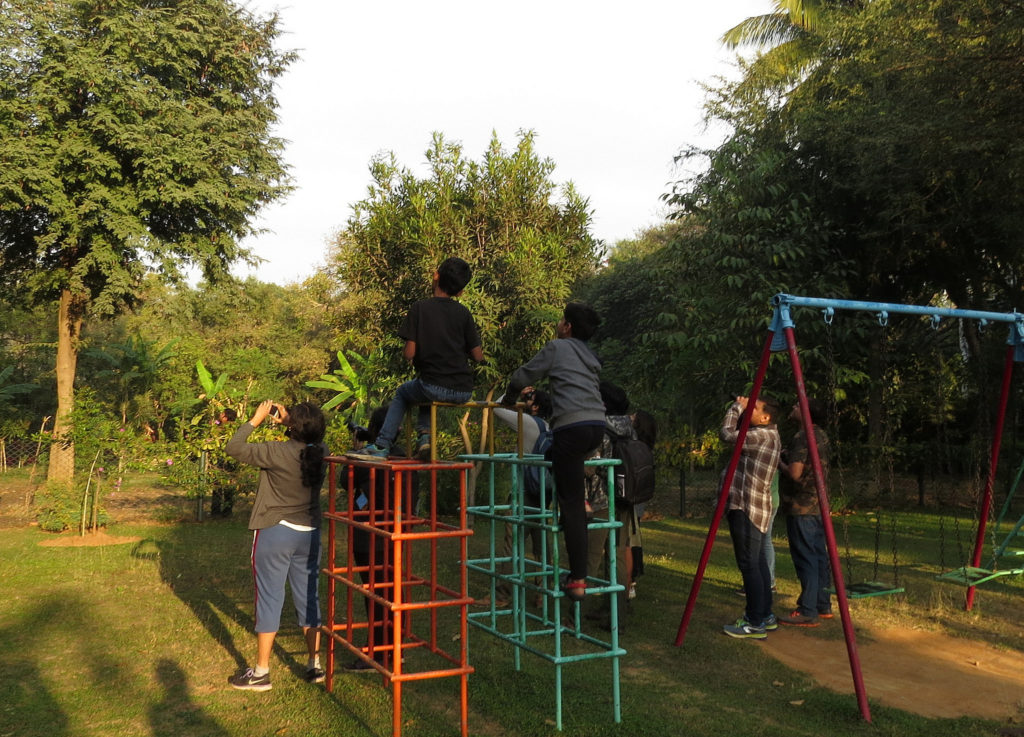 A group of us, comprising of both people from the birding community as well as residents and faculty of the campus, met Prof Shainesh and walked around the campus. A total of 37 species of birds were sighted. The resident Spotted Owlets, Warblers, Paradise Flycatchers, some migratory Starlings, all kept the group focused throughout the walk.

IIMB provided a sumptuous breakfast for the whole group, following which (of course) some people did another stint of birding!

Since an Indian Pitta fell, exhausted, into Prof Shainesh’s garden, a couple of months ago, it’s been clear that the campus is quite a rewarding one in terms of both resident and migratory birds. The lack of a water body on the present campus is certainly felt , but work is afoot at the new campus coming up at Jigani, to make sure that the stream there is retained as a partial wilderness. 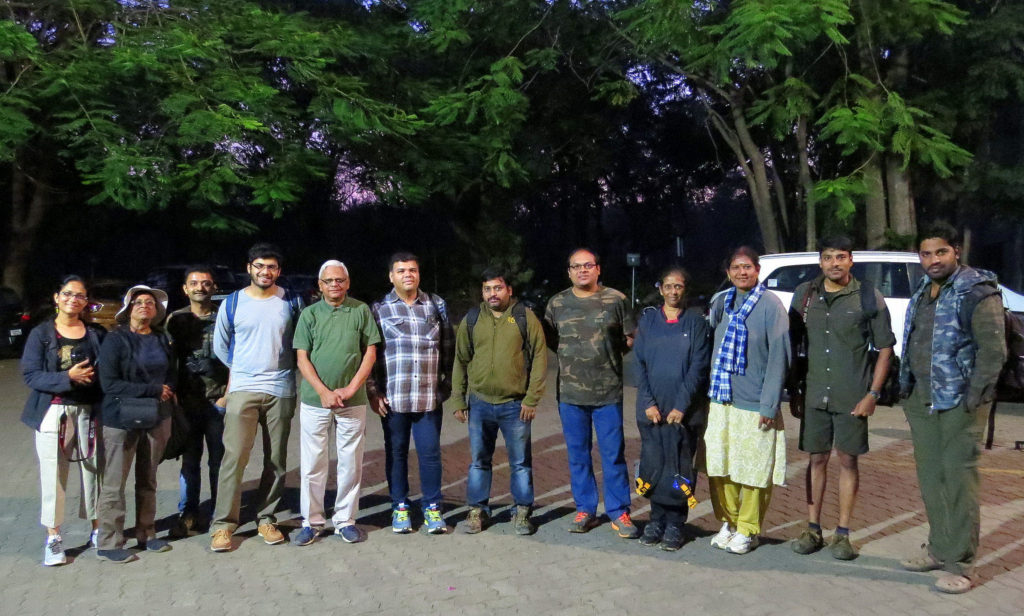 Prof. Shainesh has taken the initiative to put up some boards with bird photographs and names at various places around the campus. On the Campus Bird Count day, the first two were in place.