Karwar is a coastal town in North Karnataka, very close to the state of Goa. Although not a hotspot on the birder’s map, it is a haven for a diverse array of birds, with habitats including rich pelagic waters, relatively undisturbed seashores, coastal islands, vast & diverse mangrove tracts, mudflats, Western Ghats broadleaved forests, fields & cultivated land, and patches of dry scrubland. Along with a few fellow birdwatchers, I had been birding a few locations in Karwar for about a year, and we had made regular lists with a species count amounting to almost two hundred.

Although I have been birding casually for quite a long time, GBBC 2016 happened to be the occasion on which I seriously took it up and started listing and noting down my observations – so it didn’t take much thought to get a move on when BirdCount India suggested that I organise a few events in Karwar for GGBC 2017.

Along with Gaurav Patil and Vivan Rane (both students of marine biology at Karnatak University), I planned to reach out to college students in Karwar to spread the bug of birding. We had a very enthusiastic response from the life sciences departments Government Arts & Science College, so we decided to start small and organise activities for this college. 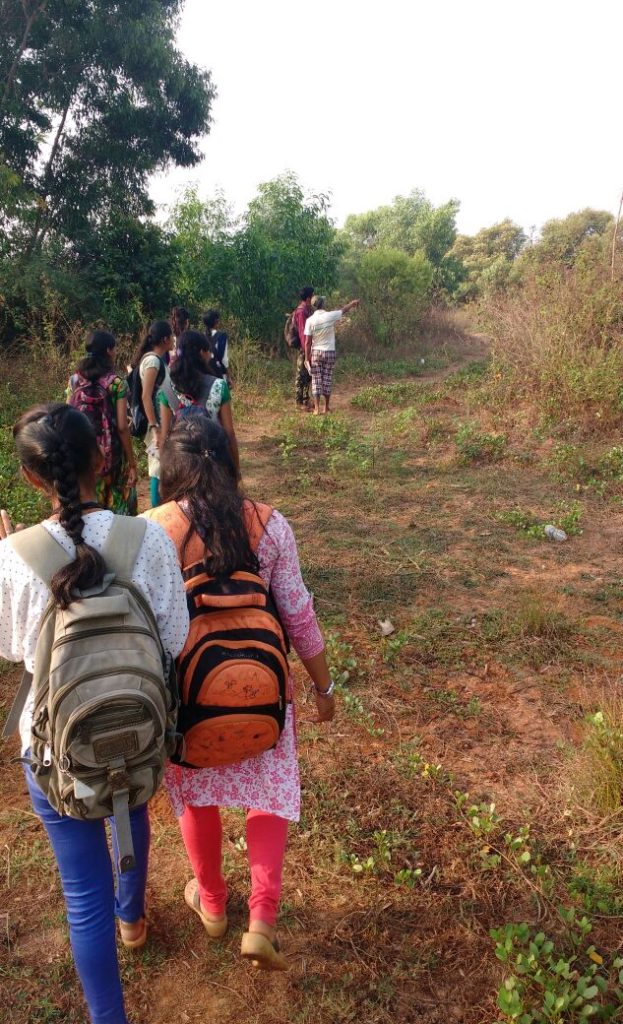 We had arranged for bird walks at the main beach in Karwar on the 18th of February. On this first day itself, we had a turnover of 43 participants including two staff members of the life sciences departments, and to our pleasant surprise, a considerable proportion of participants were from non-biology backgrounds as well. We conducted three separate trails (each of us guiding one group) lasting about two hours each. BirdCount had provided us with Pocket Guides to the Common Birds of Peninsular India, and these came in handy. We also guided the participants through using the eBird app, and at least some participants from each group made a complete checklist and submitted it on field, while others either made offline checklists, ‘mock checklists’, or took down notes. (Encouraging for us was that every single participant had the app installed, with a working eBird account, at the start of the day!) A few botany students in my group even went to the extent of augmenting the information in their lists with details about the trees on which they sighted birds such as sunbirds and barbets.

Later that same morning, we conducted a presentation-and-discussion about birds and birdwatching at the college premises, with an attendance exceeding that of the morning bird walks. We used the generic presentation provided by BirdCount India, and tweaked it a little to make it relevant to birding in Karwar. The discussions following the talk were very interesting, with students and teachers alike raising some important (and some thought-provoking) questions about bird conservation.

The following two days were spent conducting open trails for interested participants, including a few participants who missed out on the first day’s bird walks. A lot of intensive morning and afternoon birding was done at diverse habitats over these two days – the participants’ enthusiasm kept us on our feet all day! Towards the end of these sessions, those who were first-time birders on day one had already progressed from the pocket guides to using full-fledged bird books. In addition to making lists with detailed comments and counts, they were even identifying relatively difficult birds such as sand plovers and swallows to the species level, all on their own. 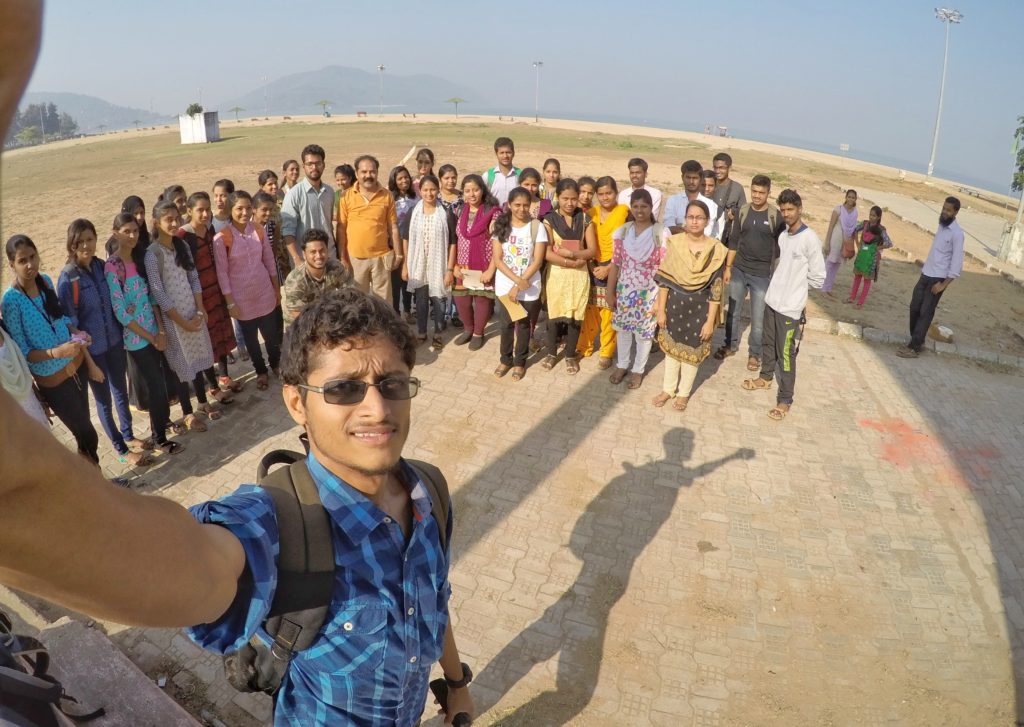 At the outset of this small plan we had for GBBC 2017 in Karwar, I wasn’t too optimistic about generating much interest in a place that seemed to have no resident birders (or at least eBirders). However, I learned from this exercise that a little spark is all it takes to turn a whole lot of people into birders. eBird, with its smartphone app and its way of ‘gamifying’ birdwatching, is a wonderfully easy tool that can get anybody interested in birding and contributing their observations to a vast body of knowledge about birds. And GBBC is a wonderful platform to get it done.

Karwar had a very eventful GBBC 2017, and we can’t wait for the next edition to arrive!