The Campus Bird Count is a coordinated effort to document the birdlife in multiple campuses across India. This is an important exercise for documenting birds in places that can be overlooked but often provide valuable habitats to a variety of birds. It is also a great way of introducing many newcomers to birdwatching and monitoring – it is fun, rewarding and easy! 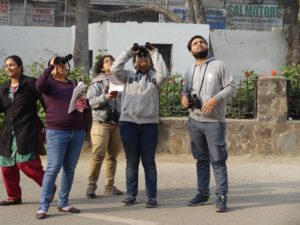 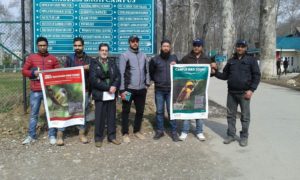 Campuses may belong to educational and training institutions of any kind, government institutions, research stations, corporate campuses or even residential campuses and colonies.

This year, a number of campuses and birders took part in the initiative. They recorded a large number of birds and were successful in introducing a bunch of people to birding.

Some of the numbers are as follows:

138 – Total number of campuses which participated

975.2 – Total hours of birding put in across the participating campuses 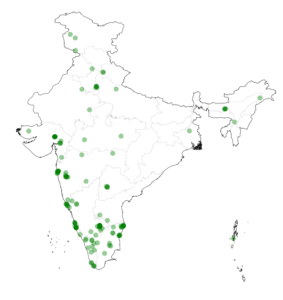 Below is an interactive map of the participating campuses. You can sort campuses by state or type, and look at the entire species lists for CBC 2016 or individually for states or campuses as well!

One of the most pleasing results of the Campus Bird Count this year was the participation of a large number of new birders as well as senior birders acting as state coordinators to ensure that the event went off smoothly for the newcomers.

Here are a few words from some of the participants this year:

I don’t regret missing out on the University level cricket match which was scheduled on the same dates. It was a wonderful experience to be a part of such an enthusiastic birding team. Thank you for organizing this event on our campus and for the wonderful planning work.

With the help of some university students of Jammu, we started the count process on a foggy morning at around 8.30 in the morning. More and more students joined in later. The activity was filled with fun and excitement and the students in particular showed much interest in knowing and recording the names of species new to them. 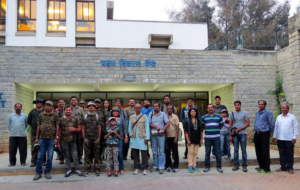 The outcome this year was highly encouraging – 80 colleges/universities and 18 schools were amongst the 136 campuses that took part. We would like to thank all the participants and state coordinators for carrying out the event successfully and look forward to seeing it go further next year!

Back to the Campus Bird Count 2016 home page.