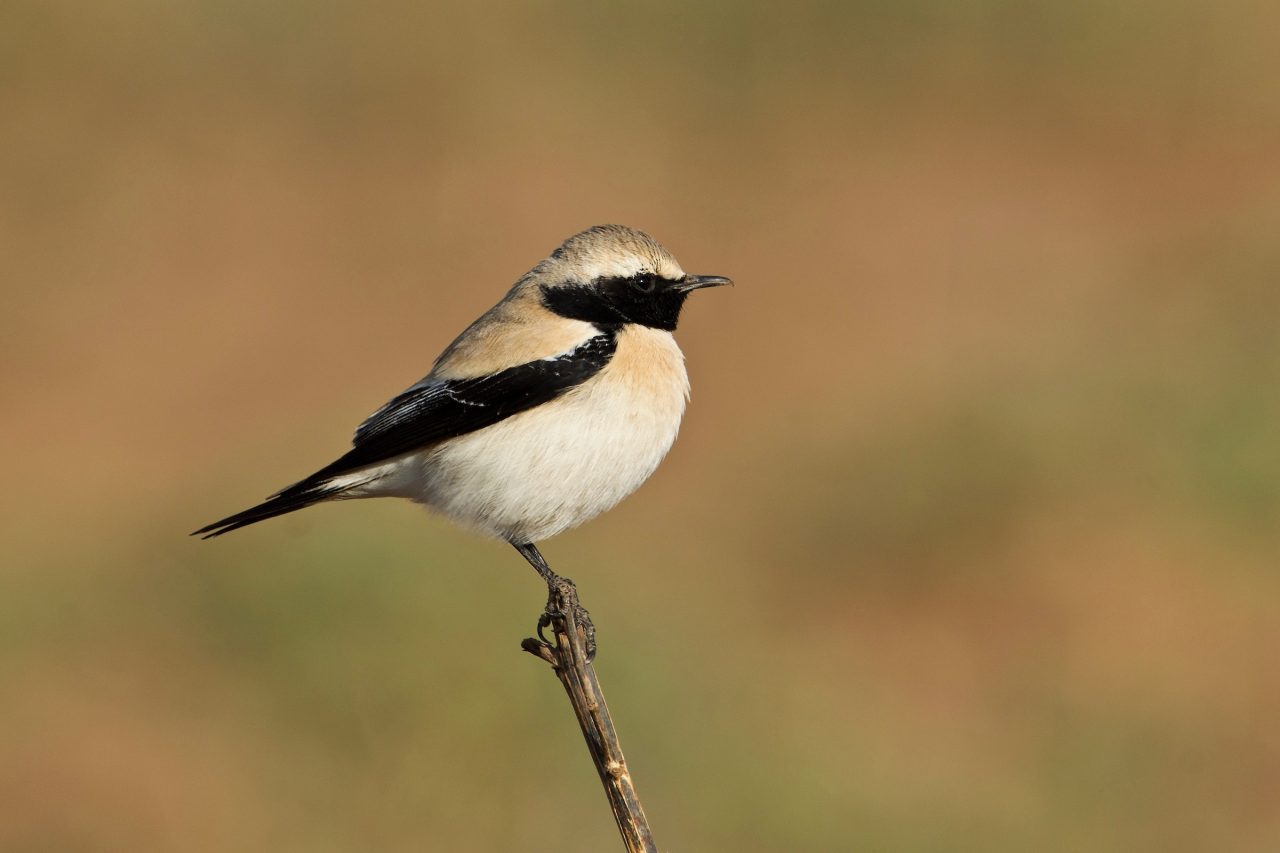 This is a summary of an article by S. Gopikrishna Warrier in India Climate Dialogue, using eBird India data to demonstrate the range expansion of dry-land species, such as Indian Peafowl, Siberian Stonechat, Desert Wheatear and Red-headed Bunting, in Kerala.

What has caught the interest of a group of wildlife biologists and birdwatchers across the state [Kerala] is not something that relates only to this year, but to the past 15 years. They have been able to identify at least 36 species of birds that have otherwise been seen and reported only from drier parts of the country. Has Kerala been consistently drying over the past decade is the question they have been working to answer.

The presence of dry-region birds like Desert Wheatear in Kerala is an indication of changing temperature and weather pattern. © Dileep Anthikad

“Our group has been tracking the spread of dry-land birds in Kerala systematically and we are seeing a pattern,” said Dr P.O. Nameer, head of wildlife research at the College of Forestry, Kerala Agricultural University, Thrissur. “Even though we need to do some more work correlating our observations from the field with historical weather and habitat data, our initial findings indicate that birds that seek drier tracts are moving into Kerala.”

As the bird-sighting map for peafowl aggregated in eBird (a project by the Cornell Lab of Ornithology and the National Audubon Society) shows, up to 2010 the bird’s presence in Kerala was limited to the leeward side of the Western Ghats, where the tracts are drier. In the five years after 2010, peafowl distribution has spread across the state (see maps below). 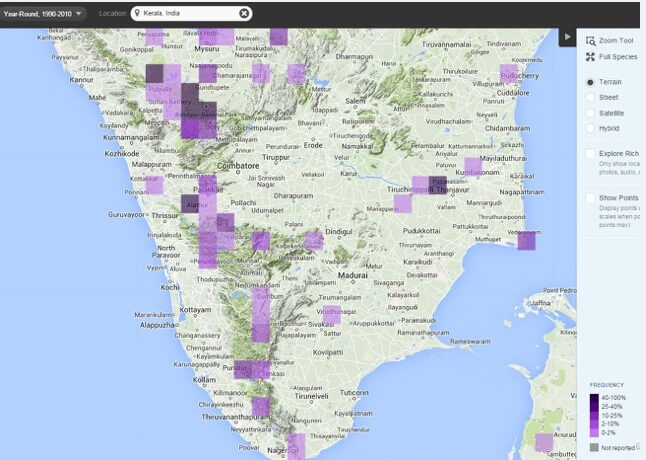 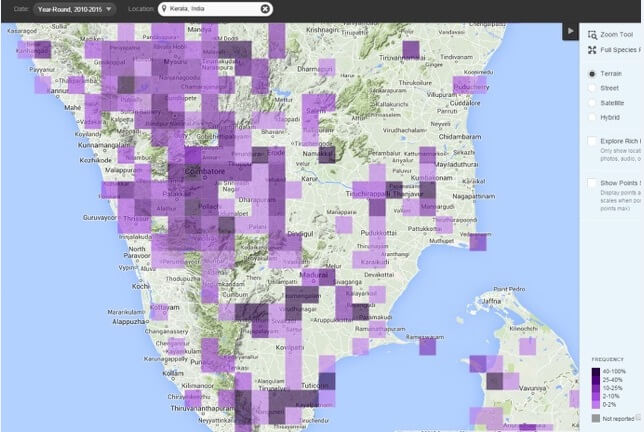 Map showing peafowl-sightings in Kerala between 2010-2015

Nameer says that he and other birdwatchers started their documentation more than a decade ago when they started noticing bird species whose distribution has been reported from the drier tracts of central and northwestern India.

Starting from the time of British ornithologists and followed by eminent experts such as Salim Ali, Kerala’s bird population has been well documented, and these birds were not listed in them. First, the sightings were sporadic and then they became more regular, indicating the presence of these species in Kerala.