West Bengal has an amazingly diverse landscape, from the high peaks of the Himalayas in the north, to the coastal regions in the south, and with the Gangetic plains in between. Correspondingly, the birdlife here is rich and fascinating with more than 800 species reported, which puts West Bengal ahead of any other Indian State in terms of number of species.

Birdwatchers’ Society together with Bird Count India recently organised two workshops in West Bengal.  The aim of the workshops was to meet birders from the State and to discuss topics of interest, including why and how to document and monitor birds, and how eBird can be used as a convenient tool for this.

The Kolkata workshop (14 September 2019, at the Birla Planetarium) was attended by 55 participants from the city and a number of nearby districts. 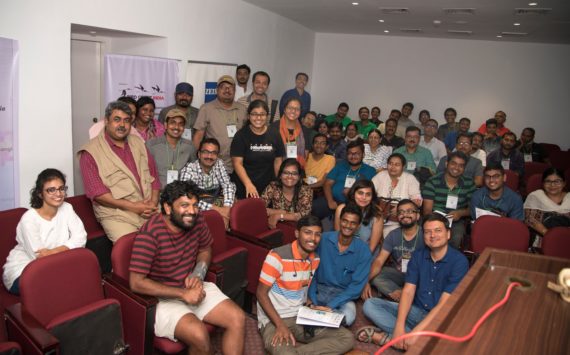 The Siliguri workshop (15 September 2019, at the State Guest House) was attended by 30 participants from near and far (including Malda District and Sikkim). 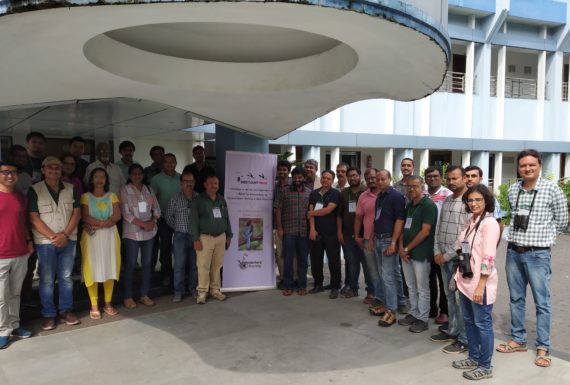 Both workshops started at 10 am and ended at 3 pm, with a brief lunch break in between. Each workshop was split into the following sessions:

This session covered the importance of gaining a better understanding of the distribution, abundance, and seasonality of Indian birds, with examples of how the increased use of eBird in India has greatly helped in this. From the local level to the national scale, with the huge volumes of information being uploaded on the eBird platform for India, birders have collectively helped understand birds to a level of detail never possible before. Several birder groups in the country are conducting detailed surveys of their birds; examples include the Mysore City and Kerala Bird Atlases. Since birders across the world are contributing their observations to a common platform, it has now become possible to visualise the global migration of a number of species that migrate to, or through, India.

In this session, participants were led through the use of eBird step by step, from creating an account to uploading and editing a checklist on the eBird website and through the mobile app. Various advanced features on the website were also demonstrated. Using a few checklists as examples, birders were shown how to make their checklists more interesting and valuable. In Siliguri, participants had a chance to practice these skills through a short field session.

eBird is a scientific database, built such that the information contained in it can be as useful as possible for research and conservation. For this reason the quality and integrity of the information it holds is very important. In this session, participants learnt about the behind-the-scenes process of eBird data reviewing and filtering. Carefully documenting unusual records is essential, and this was discussed in some detail.

Discussion on filling gaps in bird knowledge in West Bengal

Moderated by members of Birdwatchers’ Society the concluding session was an interactive discussion with participants on ideas about working collectively on projects to better document and monitoring West Bengal’s birds. From surveys of unexplored areas, to regularly monitoring favourite birding spots, various ideas were discussed.

To follow up on the ideas that came up, Birdwatchers’ Society has created a WhatsApp group for participants and others interested in these ideas. Created soon after the workshops, the group already contains over 150 members, who have been actively discussing a variety of matters related to generating a better understanding of birds. Such regional forums are tremendously important to brainstorm ideas, share updates, pose queries, and seek input and guidance where needed.

If you would like to arrange a workshop similar to these in your town or city, please do get in touch: skimmer@birdcount.in